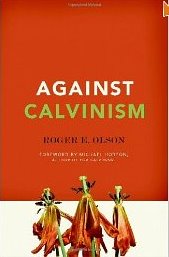 In my last post in this series, I described Roger Olson’s objections to Calvinism’s model of meticulous divine providence. I am pleased that in that fourth chapter of Roger’s book, Against Calvinism, he briefly outlines his own understanding: divine self-limitation. God gave moral creatures libertarian freedom even though this would permit them to thwart his will, because “he loves and respects them enough not to control them” (100).

In Roger’s view, God’s self-limitation is not absolute, as in the Deist model. He is not asserting that “God never manipulates historical circumstances to bring about his will,” but he is denying that God ever causes evil. Sometimes, however, God places “people in circumstances where he knows what they will freely do because he needs them to do that for his plan to be fulfilled” (99). The crucifixion would be an instance of this. God did not tempt or manipulate individuals to sin but “he knew what events, such as the triumphal entry, would result in the crucifixion” (99).

Particularly in regard to the fall of Adam, it is essential to Roger that “God neither foreordained it nor rendered it certain, and it was not a part of his will except to reluctantly allow it” (99). God has an antecedent (or perfect) and a consequent will. What God truly wished was that Adam and Eve should not disobey him, but he reluctantly permitted them to do so. This was no restriction of God’s sovereignty or control, because God could have controlled everything if he chose to. But God chose to limit his control in order to have “real, personal creatures who can freely choose to love him or not” (100).

In considering the difference between the models of meticulous divine providence and divine self-limitation, we are looking at the most fundamental watershed in the doctrine of divine providence, the divide between monergism and synergism. On both sides of that watershed, numerous variations have been proposed, but no one can avoid the fundamental choice: has God created the world in such a way that he is able to ensure that the history of the world, in every detail, is according to his eternal choice (monergism), or has God voluntarily limited his ability to have everything in history come out according to his own perfect plan (synergism)? At the monergist extreme of this spectrum we find Fatalism, where events are determined in a manner that excludes moral agency on the part of any creatures. At the synergist extreme, the Deist God has left creation to work out its own history without any divine intervention whatever.

In the heat of argument between Calvinists and Arminians, there has been a sad tendency to misrepresent the other so that Calvinists sometimes deny that Arminians believe God to be sovereign and Arminians sometimes call Calvinists fatalists. As a case in point, that is precisely the term Roger quoted in this chapter from David Bentley Hart (86). Roger described the various ways in which Calvinists explain how it is that humans act as morally responsible, free agents, within God’s meticulous control of history, but he does not find coherent or convincing these explanations of the compatibility of divine determination and human responsibility. Does Roger’s incompatibilism do better?

Roger is a veteran of debates with Calvinists and so he has taken care to protect his view from charges of Deism, and I hope all his readers will concede that he has succeeded on that account. To my mind, the most important move in this regard is Roger’s assertion that God has not limited his prerogative to intervene when achievement of his redemptive program requires it; God sometimes “manipulates historical circumstances to bring about his will” (99). In order to avoid the concerns Roger has expressed about the Calvinist God in regard to events such as the holocaust, the occasions on which God acts specifically to “bring about his will” must be limited. This is commonly done by Arminians, by limiting God’s intervention to things essential to the redemptive plan. I’m assuming that this would be the “will” or plan about which Roger is speaking here. This differentiates the Arminian model from Deism because it allows for God to act with a view to bringing about outcomes which would not have been attained if humans were left alone, but it explains why natural disasters or the many human horrors that are perpetrated in history do not fall outside the limits of God’s self-limitation. The outcome of most of human history is decided by creatures, and their having “free will” is the good that is deemed valuable enough to justify those horrors. Consequently, both Arminians and Calvinists appeal to a form of  “greater good” theodicy, but they disagree what that greater good is, whether it is indeterminist creaturely freedom or God’s glory as decided by his own wise will.

I have heard synergists, even of the Open Theist perspective, state that God occasionally restrains the libertarian freedom of moral creatures when this is necessary to achieving his redemptive purpose. In this very brief statement of his perspective, Roger does not speak in those terms. Instead, he appropriates a Molinist approach, and this took me by surprise. In models of God’s providence, the nature and role of God’s knowledge always has an important  place and we will now look at Roger’s comments in this regard.

From my prior knowledge of Arminianism, I had expected to hear Roger speak of God’s “simple foreknowledge” (SFK), that is, that God simply knows all that takes place. From the human perspective, that knowledge precedes the events, so it is reasonably dubbed foreknowledge. In Roger’s discussion of God’s providence, he first mentions God’s knowledge to identify the key difference between Calvinist and Arminian understandings of events such as the evil done to Joseph by his brothers, and the crucifixion of Jesus. Roger argues that “non-Calvinists take God’s permissive will more seriously than Calvinists” because they believe that “God foresaw and permitted sinful people to do things because he saw the good that he would bring out of them.” Contrary to Calvinism, Arminians assert that “God by no means foreordained or rendered them certain” (84).

Calvinist theologians have often denied that simple divine foreknowledge is possible if creatures are indeterministically free, but I am prepared to grant the possibly of comprehensive divine foreknowledge even in an indeterministic framework, by taking the propositional approach that W. L. Craig offers. He argues that God does not foresee what creatures do, but he knows all true propositions, and propositions about the future have truth value because they are not tensed. If it is true that I am “now writing” at my computer (in the present tense), then it will be true tomorrow, as a past tensed statement that I “was writing” yesterday. Likewise, it was true yesterday, as a future tense statement, that I “will write.”

In short, I will not deny the possibility of divine foreknowledge in a synergistic framework. Rather, my question regarding Roger’s scenario about Joseph and Jesus is: “How would it work?” It would not work if God had the simple divine foreknowledge (SFK) that is usually associated with classical Arminianism. As one Open Theist philosopher astutely put the problem, simple foreknowledge does God no good because, by the time God knows what is going to happen, it is too late for him to do anything about it! In an SFK model, in one eternal moment God knows all of the events of the history of creation, including both the actions of his creatures and of himself. He not only knows that Joseph’s brothers will sell him to slave traders headed for Egypt, he knows everything that will happen after that for the rest of history. It is also doubtful that significant difference is established from Calvinism, in regard to the certainty of events, if one claims that God simply foreknows what libertarianly free creatures will do rather than knowing what they will do because he has chosen that history. In the SFK model, God may not render the acts certain, but they are no less certain and no more open to God’s own action to bring good out of them.

So, the little scenario Roger has described can not be understood from the perspective of simple divine foreknowledge. Open Theists have understood this and have consequently denied that God does know with certainty the future acts of libertarianly free creatures. Open Theism generated a robust (and often shrill) Calvinist protest, but I never really understood why. It appears to me that Open Theism actually gives God more room to act providentially in history than classical Arminian SFK does. The God of Open Theists doesn’t know for certain what free creatures will do in the next moment, but he knows all those creatures and their situations well enough to calculate the probabilities very accurately. Proponents of indeterministic libertarian freedom sometimes overstate the range of contrary choices that are genuinely options for human beings, but Open Theists are aware of those limits. Consequently, their God is able to construct alternative plans for his own action. In this way God is able to act very dynamically within history to work toward good. When he saw Joseph sold to the slave traders, he could decide upon his own action in the situation. This gives God much more room to maneuver in the world than SFK does.

I’ll come back to Roger’s understanding of God’s knowledge relative to his providential work in my next post. Stay tuned as the plot thickens.