I have not read any books by people claiming to have an out of the body experience (OBE), and I don’t have a theory to explain any of them. Given that the apostle Paul may have had one, I’m not prepared to deny that anyone else has too. Paul himself was not sure whether he was in the body or out of it (2 Cor 12:2-3), but Paul’s was not an after-death experience. Though Paul speaks of his experience as an entrance to the “third heaven” (12:2) and to “Paradise” (12:4), he shares no details about what he saw or heard because he “heard things that are not to be told, that no mortal is permitted to repeat” (12:4). But I doubt that we can generalize to a statement of principle that no one who gets to visit heaven temporarily (if others do) is allowed to repeat any details about their experience. Paul may well have been told things which no one else has been told (again, assuming that some do have genuine experiences of heaven but then return to earth again). 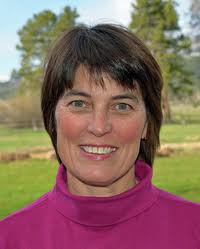 I suspect that some of the accounts that have been made by people with after- or near-death experiences are not, in fact, direct encounters with God in the heavens. But I am not prepared to deny that possibility, out of hand. So, I read with some interest this lengthy interview with Mary Neal by Mark Galli, in a web-only feature from Christianity Today.

I’ll leave you to decide whether or not you want to read the whole fascinating story that Mary Neal tells in the interview, but I was naturally intrigued by the accessibilist convictions with which she came away from what she is sure was a gate of heaven experience.

Mark Galli made this observation:

Many Christians remain skeptical of near-heaven experiences like yours because so few people experience judgment or hell-like conditions. Instead, all manner of people, even non-Christians, are overcome with a sense of God’s unconditional love.

God is way greater than anything we are able to conceive of. I think human beings want to create a box and put God inside the box, because that way they can define God and control the outcome. But I’ve come to realize that God is way bigger than that. God truly loves every one of us, even the people that we don’t love and don’t think should be loved. God loves that person just as much as he loves us.

It’s a very complex discussion, but many human beings would like to think that justice means, “I’m in and you’re out, and you’re out because you haven’t done what I understand should be the thing that gets you into heaven.”

But God knows the heart of each one of us, and the God of the New Testament is not going to turn his back on a person who, for circumstances out of their control, has not developed that relationship in the here and now. It is outrageous to think that a just and loving God is going to turn his back on the person who is so mentally handicapped that they don’t even know what you’re talking about when you talk about faith. Or the young altar boy who is so in love with God but gets abused, and he turns to a life of drugs and alcohol. It would be very easy to say, “That boy is out.” Well, God understands that boy’s heart and life. For that matter, God understands the heart of the priest who abused him. I think it’s time for us to get out of the business of judging.

It’s easy to be a Christian in America. It’s really easy. But I think that most of us, if we grew up in a devoutly Muslim household in Afghanistan where 98 percent of the people are Muslim, would be Muslim. That’s just the reality of it. And for us to pretend that God doesn’t love those people because they happen to be in that situation is putting our own narrowness on a God who is bigger than we are.

That is not to say that everything is good and everything is accepted and we’re all in. But I’m not going to pretend I know the answers to all the questions. And I think it’s disingenuous for us to claim the God of the New Testament and the covenant of love and forgiveness, and at the same time turn our own backs on people who haven’t had the opportunity to understand what that means.

I’m not suggesting that experiences such as this, and testimonies about them, are to become authoritative sources of truth. But, I do not find Neal’s perspective implausible, given the conclusions I have come to from Scripture. Whether she brought this perspective to her experience or derived it from the experience, I don’t know, but clearly she finds it consonant with what she believes was a genuine meeting with Christ and inhabitants of the heavenlies.