In recent discussions such as the one aroused by tensions at Wheaton College last year, one question often arises: “Do Muslims and Christians worship the same God?” Because of the important differences between the God of Islam and the God who is Father, Son and Holy Spirit, many Christians instinctively answer “no.” I have argued here before that it is a troublesome question because people answering it are frequently not talking about the same thing, but that there is a basic sense in which the answer is certainly yes. Christian Arabs were worshipping “Allah” before Islam arose, and there is no good biblical or theological reason why they should stop doing so, simply because Muslims use the term.

I mention the issue again, simply to commend an article by Scott Bridger (PhD, Southeastern Baptist Theological Seminary), who is associate professor of global studies and world religions at Criswell College in Dallas, Texas, and an adjunct professor of Islamic studies at various seminaries. The article published by The Gospel Coalition notes that: “He is fluent in both Arabic and modern Hebrew, and has a master’s degree in Arabic and Islamic studies from the University of Haifa, Israel. Bridger has extensive experience working with Muslims in several Arabic-speaking countries.”

Bridger’s concluding paragraphs sum the situation up for us very nicely: 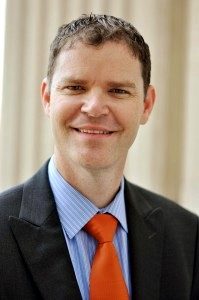 When it comes to linguistics, it’s important to remember Arabic is a Semitic language closely related to biblical Hebrew and biblical Aramaic. The Arabic word for God, “Allah,” is closely related to its Semitic cognates El and Elohim in Hebrew and the definite form Elaha in Aramaic. Indeed, Christians need only look to the original language of Scripture itself for evidence of this connection. In Daniel 2:28 we see that the indefinite form of “God” in Aramaic is closely related to “El” in Hebrew and “Allah” in Arabic. The connection to the Arabic cognate is even more apparent when looking at the definite form in Aramaic, such as “the living God” in Daniel 6:26. Indeed, the Arabic form of God is often understood as referring to “the deity” (al-ilah).

These linguistic connections should allay any fears among Western Christians over using “Allah” in Arabic to refer to the God of the Bible, whether in a Bible translation or in theological writings and materials. It’s important in such discussions for Western Christians to guard against dictating to non-English speaking persons what word or words they should use in their own languages to refer to God, particularly if the Westerners weighing in have no knowledge of the languages or cultures they’re critiquing.

Christians can and should focus their energies on distinguishing the character of the Allah of the (Arabic) Bible from the Allah of the Qur’an. Theologically, when an Arabic-speaking Christian talks about Allah, there is a difference in the nature and attributes of the One to whom he is referring compared to his Arabic-speaking Muslim neighbor. Both believe in one God, and both use the same word to refer to God; however, Christians affirm trinitarian monotheism while Muslims advocate unitarian monotheism.

The situation is analogous in the English-speaking world to Christians who rightly differentiate their understanding of God from how Jews, Mormons, or Jehovah’s Witnesses (or even liberal Christians) understand God’s identity. For English speakers, we don’t use a different word to refer to God, but the nature of the One to whom we refer is different from the nature of the one to whom other groups refer.

Thus, Christians can and indeed should use “Allah” when speaking in Arabic to refer to the God of the Bible. In general, we shouldn’t refer to God as “Allah” in majority English-speaking contexts, since Christians and others would understand this as a direct reference to the god of Islam. However, if we’re speaking in Arabic, we must work hard to make our audience understand that the Allah we’re referring to is revealed to us pre-eminently in Jesus Christ and that saving revelation of him is found solely in God’s Word, the Bible.

I thought the final paragraph offered a particularly helpful guideline. It is not a point I’ve ever made myself, but I want to remember to do so in future, when this subject is on the table, particularly in connection with Bible translation.