After creation and the incarnation, the outpouring of the Holy Spirit is the third great work of God (Herman Bavinck).

Since we are united to Christ, God regards us in the identical way he does Christ. The Father treats us in exactly the same way as he does his own eternal and beloved Son (Robert Letham). 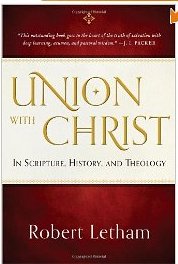 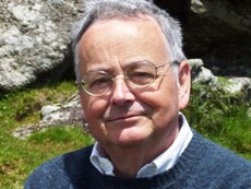 Robert Letham deals with Pentecost, in the third chapter of  Union with Christ: in Scripture, History and Theology. This makes good sense in terms of the distinct working of the members of the Trinity, since it is the “third great work of God,” after creation and incarnation (45, citing Herman Bavinck).

A restatement of  Letham’s presentation

God’s promise that he would pour out his Spirit was a prominent feature in his commitment to establish a new covenant (Joel 2:28; Jer 31:33). The result of that particular coming of the Spirit would be faith and obedience among God’s people. In the life and ministry of the incarnate Son, and then in the sending of the Spirit at Pentecost, God fulfilled his promise to bless all the nations in Abraham’s offspring.

The Spirit in the life and ministry of Jesus

Christ’s conception in the womb of Mary was a work of the Spirit analogous to his brooding over the waters of creation (Lk 1:34-35; cf. Gen 1:2), the beginning of a new creation. From then on, the entire life and ministry of Jesus is described by Luke as being continuously the outworking of the Spirit’s indwelling, direction, and empowerment. Jesus’ own anointing with the Spirit occurs at his baptism by John (Lk 3:22; cf. Jn 1:32-33), who had predicted that Jesus would “baptize with the Holy Spirit and with fire” (Lk 3:16). From the moment of his baptism by John, Jesus was full of the Holy Spirit, who promptly led him into the wilderness to be tempted by the devil (Lk 4:1), after which Jesus begins in his public ministry in Galilee, “in the power of the Spirit” (Lk 4:14). Jesus himself announces in the synagogue in Capernaum that Isaiah’s prediction, that the Spirit of the Lord would rest upon the Messiah for his work, was then being fulfilled in Jesus (Lk 4:17ff.).

The promised sending of the Holy Spirit at Pentecost

In Jesus’ teaching to his disciples in the Upper Room (Jn 14—17), as his death approached, the sending of the Spirit was very prominent. The Spirit’s coming was dependent upon the Son’s glorification (Jn 7:37-39; Acts 2:32-33), and it would carry on the ministry of the Son. The Spirit would remind the apostles of the truth that Jesus had taught them, giving them understanding of things not previously clear to them (Jn 16:12-15). He would bear testimony to Christ (rather than to himself) (16:13-14), and he would convince the world of sin, righteous and judgment (16:8-11). But, for the disciples themselves, the most wonderful thing about the Spirit’s coming was that he would indwell believers and unite them to Christ (Jn 14:16-23). Through this indwelling, of the Spirit, the disciples of Jesus would gain a new appreciation for the mutual indwelling of the Father and the Son (Jn 14:20), as they themselves entered into a relationship of mutual indwelling with the Son, through the Spirit. There is an important difference between the nature of the mutual indwelling of the Father and the Son and mutual indwelling of Christ and believers. Jesus was one with the Father within the Triune Godhead, whereas Christ and believers in him are separate. But precisely because of the inseparability of the Persons of the Godhead, Father, Son and Spirit all come to live permanently with believers, through the Spirit’s indwelling (Jn 14:23). That began at Pentecost but its result was permanent (50).

In the background of Paul’s reflection on our baptism in the Spirit, in 1 Corinthians 12:12-13, Letham sees “the sacraments of baptism and the Eucharist.” As a result of our being saturated by the Spirit, “we are added to, and united with the body, in the pervasive medium of the Spirit himself. The oneness of the body is the direct outflow of the enveloping pervasion of the Spirit” (50). Additionally, Letham sees the eucharist in Paul’s reference to our all being given to drink of the one Spirit:

This is redolent of the drinking of Christ’s blood in the Lord’s Supper, imbibed not corporeally or materially but in the Holy Spirit. Again, as surely as we drink, so the Spirit enters us and saturates us on an ongoing basis, for he has come, with the Father and Son, to take up permanent residence with us (50).

In Galatians 4:4-6, Letham finds a parallel between the movement of God to humanity in the incarnation, and his movement to us at Pentecost (50-51). Because the Spirit given to God’s new covenant people is the Spirit of the Son (4:6; cf. 2 Cor 3:16-17), this gift which unites us with Christ and the Father also makes us God’s adopted children, and the Spirit gives us confidence of that relationship (cf. 1 Jn 3:24).

It is by God’s gift of faith, by the Spirit, that we are united to Christ, and this leads Letham to a lengthy citation from a 17th century preacher, Rowland Stedman, who spoke of “two great bonds or ligaments” of our union with Christ:

On Christ’s part, he dwells in believers by his Spirit. On their part, they apprehend Christ by faith and “take him home, as it were, unto themselves.” The first is what Stedman calls a natural bond, while the second he terms a legal bond. The natural bond is the same as the positive element of regeneration. It is total, Christ taking possession of the whole person. It is beyond human power to effect this, although we are required to attend the means of grace for it to happen. By this “our natures are fashioned according to his nature,” since there is “a suitableness between Christ’s human nature and that of a person being sanctified. . . . In legal terms, the union is akin to that of a debtor and surety, for “the law reckoneth them as one.” The payment made by the surety is accounted as if the debtor had paid it himself because of the oneness that exists between them in the eyes of the law. . . . Stedman further points to what he calls a moral union, of which love is the bond, as in the case of intimate friends (51-52).

Being united with Christ, we are regarded by God “in the identical way he does Christ,” so that we can call God “our Father,” as Jesus taught us to do (Matt 6:9; Lk 11:2) (53-54). Though Jesus is Son uniquely, by nature, we are sons by grace and adoption, so that we become coheirs with Christ (Rom 8:15-17), and we are given constant assurance of this by the Spirit’s indwelling (54).

It is a wonderful blessing to be members of the new covenant people of God, and much of that blessing lies in our reception of the new covenant Spirit, through faith in Jesus as Messiah and Lord. So my heart was warmed in the reading of this chapter, and I found it a very worshipful experience. God’s Spirit within me joyously cried out to my heavenly “Abba, Father.” What an indescribable privilege is ours in Christ by the Spirit, to be coheirs with Christ, regarded by God in light of Christ’s excellence not our own shortcomings.

I agree with Letham that our reception of the new covenant Spirit is central to our lives in Christ: “Our faith and all that flows from it in the Christian life is due to the Holy Spirit, who renews us in the image of God—which is Christ—and transforms us continually into Christ (2 Cor 3:18; cf 1 Jn 3:1-2) (52).

1. I was intrigued by Letham’s discussion of 1 Corinthians 12:12-13. The connection between baptism by Christ in the Spirit into the body of Christ, and baptism in water into the church, was no surprise. (As I hear Letham’s terminology [saturation, permeation, pervasion], it favors immersion as the mode of baptism, it, but I can’t attribute that intention to Letham with any certainty.) What struck me as a new thought, however, was the connection drawn between drinking of the Spirit and drinking of Christ’s blood in the Supper. I find this connection plausible, but I’m less sure than Letham that it was intended by Paul. My hesitation here may grow out of my Baptist context but, as I indicated a short time ago, I have developed a more sacramental understanding of the Christian practice of what Baptists call the “ordinances.” On that account, I find myself drawn to agreement with Letham here, but I also feel some caution about attributing this allusion to Paul.

2. My second moment of puzzlement occurred with Letham’s summary of Stedman’s proposal of three bonds of union (natural, legal and moral) (51-52). I like Stedman’s analogy between our baptism by Christ in the Spirit and regeneration – what he calls the “natural” bond. I can also affirm Stedman’s mention of a “moral” union of mutual love which binds us with Christ. But I am puzzled by the concept of the “legal” bond, when it is placed in connection with our reception of the Spirit. Of course, I affirm the recognition that we “apprehend Christ by faith,” and I also affirm that our justification is grounded in our union with Christ through the instrumentality of that faith. But Letham had previously spoken of our drinking of the Spirit as the “reciprocal and responsive action on our part, which in turn depends on the grace of God” (50). What I do not see (yet?) is how an analogy can be made between our drinking of the Spirit by faith and the “legal” bond.

Perhaps Letham intends no more than a reference to the instrumentality of faith in justification, but this does not appear to me to be Paul’s point in 1 Corinthians 12:13. I am not even sure that Paul intended to speak of “reciprocal and responsive action on our part.” Rather, I see a parallel between the two statements – baptized “in the one Spirit,” and “made to drink of one Spirit” (RSV). If Paul intended a synonymous parallel reference to God’s work, rather than distinguishing between God’s action and ours, then my caution about seeing an analogy to our reception of the eucharistic wine is firmly grounded.

3. In one of his subheadings, Letham writes: “Christ sharing our nature, we by grace are united to him, according to his humanity” (52 [emphasis mine]). I wonder what is entailed by Letham’s statement that our union with Christ is “according to his humanity.” Nothing more is said of this in the section which follows this statement, so I am not expressing disagreement, but I think that explanation would have been helpful. It is true that we are united with Christ “according to his humanity” but, in his discussion of the incarnation Letham had spoken at length of the implications of Christ’s uniting his assumed human nature with his eternal divine nature in the one person. There he mad reference to the emphasis on deification in the soteriology of the Eastern church. How, I wonder, would Letham respond to my suggesting that, because of the uniting of Christ’s human nature with his divine nature in one person, our union with Christ is fundamentally with his person, which is why we “become participants of the divine nature” in and through that union (2 Pet 1:4). Letham’s concerns about Nestorianism lead me to think that he would agree with me here, but it would be nice to know whether or not we are actually on the same page.

All in all, this is an inspiring chapter.

Earlier posts in this series: Part 1.