Michael Horton devotes chapter 7 of For Calvinism,  to an inspiring defense of Calvinism against the charge that its doctrines discourage missionary activity and prayer for it. 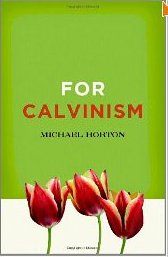 Horton begins with a historical survey of missionary work by Reformed churches.

This historical review greatly undermines the concerns expressed in Southern Baptist circles these days, that Calvinism will dampen enthusiasm for evangelism and missions within the Convention. Particularly noteworthy, I think, is Horton’s citing the fact that the Presbyterian Church in America “supports three times more foreign missionaries per capita than the SBC supports foreign and domestic missionaries combined.” And the PCA gives to international missions twice as large a percentage of the funds it receives from members as the SBC does (162).

Horton wraps up the chapter with a good look at the reasons why Calvinist theology motivates to mission, rather than discouraging it, as non-Calvinists often assume it would or should. Among factors Horton mentions are:

This is a chapter to which I regularly felt the urge to say “Amen,” and to give praise to God. I find the history of Calvinistic mission inspiring, and I agree with Michael Horton that Calvinistic theology naturally stirs joyful obedience to Christ’s commission. I saw this in my childhood as a missionary kid in India, and I experienced it in my own missionary experience in the Philippines. It is a wonderful privilege to have been chosen by God to share in his great missionary work, as he ransoms people for himself “from every tribe and language and people and nation” (Rev 5:9). There is a wonderful comfort in knowing that God only summons us to faithfulness, not to “success” by the measures we might establish. God graciously accomplishes his purposes through, and sometimes in spite of, us. God blesses us with a diversity of gifts for his service, and he uses us to sow and water the seed of his Word, but he alone can produce a harvest. Even our inadequacies and times of disobedience do not thwart God in the accomplishment of his missionary purposes, though they deprive us of the joy of feeling God’s pleasure. I have sometimes wondered how synergists get to sleep at night, given the possibility that their shortcomings might result in others spending eternity alienated from God. I can’t say that I have never felt guilty for not doing what I felt I should have done in situations, but I am grateful that I do not live with the burden of feeling responsible for the extent to which God’s missionary purpose in the world is achieved.

2 replies on “Calvinism and Christian Missions”

I’m researching Protestant missions to the Arabic world and discovered that a century and a half before the Calvinists turned up the Arminians had published and circulated the first Protestant apologetic literature in Arabic. The work was Grotius’s ‘De veritate religionis Christianae’. The translator was Edward Pococke who had served in Aleppo, Syria, as a chaplain to the English merchants. He was the first Professor of Arabic at Oxford University but was persecuted for being Anglican during the Commonwealth period. In the same period Anglican scholars, who would probably rate as Arminians, also produced the great work of biblical scholarship , Walton’s Polyglot. Surprisingly, John Owen derided it arguably because he was piqued by it being an Arminian effort.

I’m not anti-Calvinist and resognise the heroic and impressive achievements of the Reformed branch of Christianity in carrying out the Great Commission but it’s worth taking other than a ‘Banner of Truth’ approach to history. Also the old story that Cyril Lucaris, the Patriarch of Constantinople, became a Calvinist is worth reappraising. The back story is his alliance with the Protestants to combat the machinations of the Jesuits in seeking to win the Greek Christians over to Rome.

Thank you Andrew. Your reflections on aspects of the history of Christian mission are illuminating. As a Calvinist, I have had to conclude that the lack of consensus in regard to the critical monergism/synergism watershed is part of God’s providence. For some reason, God has chosen to let these two different understandings of his work in the world persist and, through the ministry of people on both sides of the question, God is achieving his purpose among the nations. It is delightful to watch, and I am encouraged that even though my theology is wrong at some points, God can use me to draw people to himself and to help them to grow.

Grace and peace to you.