The Logos Reformed Blog, moderated by Jesse Myers, ran a series of 5 posts by Nathanael P. Taylor regarding Molinism. I was invited to write a response to that series and I did so, in two posts. I

chose not to respond to each of Taylor’s posts separately, and I did not critique Taylor’s understanding of Molinism (the philosophical theology originated by Luis de Molina), since I am not an expert in it myself. Rather, I responded by spelling out what Calvinists should not appropriate, and then what I think we can helpfully appropriate from Molinism. Readers who have an interest in the Molinist proposal, whether or not they are Calvinists, will probably enjoy both Taylor’s series and mine.

An explanation of middle knowledge 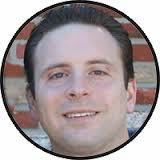 Taylor unpacks this statement in 5 points:

In Taylor’s succeeding posts he offers four objections to Molinism.

First, “God can’t create the possible worlds that he wants because of the counterfactuals of creaturely freedom.” In regard to this problem, Taylor writes:

And Taylor then outlines his biblical grounds for that final assertion.

Taylor’s second objection to Molinism is that it portrays God as getting lucky. In a sense, God has to play the hand dealt him by the possible worlds, each of which has a history that would largely be brought about by the libertarianly free decisions of God’s moral creatures. But Taylor argues that “Luck is simply not an appropriate concept to be applied to the Divine due to the unique and highest greatness of God.”

The third item which Taylor criticizes is what he takes to be a lack of explanation in Molinism:

There is no explanation as to why possible worlds are feasible or not feasible for God. His will could have been constrained differently, according to Craig’s view. But what is it that explains the specific way it’s constrained? He can’t say this is explained in light of the counterfactuals because, remember, they don’t actually exist at all (they are just a useful heuristic device). So there ends up being nothing that explains why God’s will is constrained the way it is.

Finally, Taylor puts forward the objection that Molinism has a problem with free will, so it is vulnerable to the same objection that is frequently leveled at Calvinism on account of God’s predestination of all that happens in the history of creation.

As I warned you earlier, I did not engage minutely in critique of either Taylor’s portrait of Molinism nor of his objections to it. Nonetheless, you will discern in my posts points at which I have affirmed Taylor’s critique of Molinism and others in which I see the situation differently, but generally speaking I offered my own perspective, rather than conversing closely with Taylor about his. Consequently, I suggest that you read Taylor’s proposal for yourself and reach your own assessment of its merits and shortcomings. In that process, you may also want to look at the numerous items to which he linked. Those enhance considerably the contribution that Taylor has made to this important conversation.

I am a Calvinist who has found Molina’s work very stimulating. Like many of my fellow Calvinists, I struggle to understand the same issues that Molina was struggling with. I have reached a quite different doctrine of providence than Molina did, because I find in Scripture a monergist and compatibilist framework, in which God is meticulously in control in the history of his creation, yet moral creatures have the kind of freedom necessary to ground their moral responsibility even though this is not the freedom of contrary choice. I commend Molina for wanting to attribute to God the maximum degree of control that would be possible if God chose to give creatures libertarian freedom. Molina’s proposal is brilliant, in my opinion, and I’m sorry that it doesn’t work. Nonetheless, I have endeavored to appropriate from Molina what I can, working within a monergistic framework, and I have found his contribution more helpful than many other Reformed theologians have.

In my first post, I laid out what Calvinists can not appropriate from Molinism. In particular, I explain why Calvinists can not adopt Molina’s concept of divine middle knowledge. God’s knowledge would only be “middle,” if creatures are libertarianly free, so that they established the truth of counterfactuals concerning their action. But I argue, in agreement both with other Calvinists and with Open Theists (how is that for interesting company?), that if creatures were libertarianly free it would be impossible for anyone to know what they would do in hypothetical situations. This is the classic “grounding objection,” and it is fatal to the Molinist proposal.

That being said, I think that Molinism is helpful to Calvinists, as we endeavor to understand how it is that, even though God is meticulously in control of every event in history, including those which entail evil acts by God’s creatures, God is not morally responsible for the evils that are done. I posit that God’s natural or necessary knowledge of counterfactuals was very useful to God in his decision regarding which of the many possible worlds he chose to actualize. In my second post, therefore, I spell out a couple of Molinist proposals which we monergists can appropriate with thanks. I propose, first, that “God’s knowledge of counterfactuals helps us formulate a compatibilist account of divine and human action which allows for evil in the world that God controls, without holding God accountable for its occurrence.” And, secondly, I suggest that the Molinist proposal that God’ “weakly actualizes” evil is a helpful notion, although a Calvinist will formulate that idea quite differently than a Molinist does.

There is a lot to read in the seven posts for which I have provided links here, but I hope that the total contribution will be beneficial to some who have the sort of questions that both Molina and I are seeking to answer in a biblically faithful and philosophically coherent way.