Three and half years ago, I was asked to look at a manuscript proposal which IVP was considering and to make some evaluative comments. I suggested that the book was worth publishing but heard no more about it until recently. Then I was happy to learn that the editors had concurred with me, because I was asked if I’d be willing to write an endorsement for the book, which is scheduled to come off the press in September. I read the manuscript in its final form, and I am very happy to recommend it.

One never knows what, if anything, a publisher will choose to quote of the endorsement one writes, but this is what I told them I would like to tell prospective readers of The Love of God: A Canonical Model. 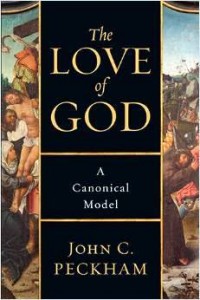 Few beliefs about God are more distinctive of Christianity, or more appreciated by Christians, than the truth that “God is love.” But not all Christians understand this statement in the same way. John Peckham focuses on God’s love in the context of God’s relationship with the world, and he describes clearly and carefully the different conceptions of God’s love which exist within the church. Though his main text is not difficult to read, the multitude of biblical references cited, and the abundance and diversity of his references to the work of other scholars in his footnotes, make this a highly valuable resource for further study. Peckham contributes very helpfully to our understanding of God’s love, through his presentation of the big picture he has constructed from careful theological interpretation of the Bible, viewed as a whole. His foreconditional-reciprocal model of divine love offers a mediating position between the transcendent-voluntarist model of classical theism and the immanent-experientialist model of process panentheism. This is a model in which God’s love is volitional, evaluative, emotional, foreconditional, and ideally reciprocal. Although I have arrived at a more monergistic model than Peckham has, I benefited from both his exegetical work and his reverent elucidation of how God loves and relates to the world. His book not only stimulated me intellectually, it often prompted me to worship. I commend it heartily to those who want to grow in their love of God through contemplating anew, and more deeply, what God has told us about his loving self in his inspired word, and demonstrated to us in his deeds, supremely in Christ.

The last two paragraphs of Peckham’s book concisely sum up his understanding of the love of God, unpacking a little more what he means by his five key descriptors. I cite that material here, to give you a fuller idea of what he has tried to demonstrate from Scripture. 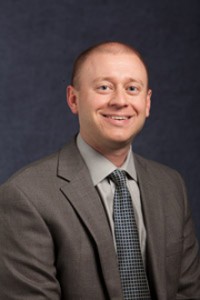 Overall, then, God’s love is volitional, evaluative, emotional, foreconditional and ideally reciprocal within the context of the God-world relationship. First, divine love is volitional but not merely volitional. It includes a free, volitional aspect that is neither essential nor necessary to God’s being yet also not arbitrary. The divine-human love relationship is neither unilaterally deterministic nor ontologically necessary to God but bilaterally (though not symmetrically) volitional and contingent. Second, divine love is evaluative. This means that God is capable of being affected by, and even benefiting from, the disposition and/or actions of his creatures (due to God’s prior action). Third, God’s love is profoundly emotional and passible (in that God is affected by creaturely actions, which he does not causally determine), though not to the exclusion of volitional and evaluative aspects. Fourth, divine love is foreconditional, not altogether unconditional. That is, divine love is prior to all other love and conditions but not exclusive of conditions. Divine love in relation to the world is unconditional with respect to God’s volition (subjective love), but conditional with respect to the ongoing God-world relationship (objective love). Finally, divine love is ideally reciprocal. God universally seeks a relationship of reciprocal love but enters into particular, intimate relationship only with those who respond appropriately.

If God loves in this way, what must God be like? This canonical model of divine love suggests that God possesses significant freedom and bestows it on his creatures toward the goal of reciprocal love relationship. Accordingly, God is not omnicausal but creatures may affect history. God is omnipotent but voluntarily limits the use of his power to allow significant freedom such that creaturely decisions impact history. God is passible, being profoundly affected by and concerned about the world he has created, yet not essentially bound to it nor passive. God has voluntarily bound his own interests, including his joy on the one hand and suffering on the other, to the best interests of the world. Yet, independent of any relationship with the world, God is perfect and self-sufficient, meaning that he is not growing and neither does he need this or any world, but he nevertheless desires a reciprocal love relationship with each person. God’s character is love, and all that God does is loving. God does not need to love humans, or any creatures, but he voluntarily creates beings on whom he bestows his love, which is grounded in his wholly loving character, and enjoys a reciprocal love relationship with all who positively respond. “For God so loved the world, that He gave His only begotten Son, that whoever believes in Him shall not perish, but have eternal life”(Jn 3:16) (pp. 277-78).