We often hear it said that the church developed a belief in the deity of Jesus slowly, over many years. In N. T. Wright’s latest treatise, Paul and the Faithfulness of God, he contests this idea, and Scot McKnight has very helpfully restated Wright’s argument.

Wright sums up his thesis this way: 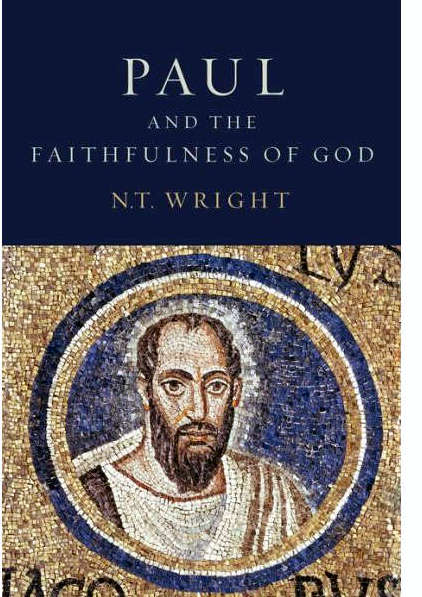 This brings us back to a point we have made already and which can now be reiterated with renewed force. None of this seems to have been a matter of controversy within the earliest church. This indicates, against the drift of studies of early christology for most of the twentieth century, that what we think of as a ‘high’ christology was thoroughly established within, at the most, twenty years of Jesus’ resurrection. In fact, to employ the kind of argument that used to be popular when it ran in the opposite direction, we might suggest that this christology must have been well established even sooner, since if it had only been accepted, say, in the late 40s we might have expected to catch some trace of anxiety or controversy on this point in Paul’s early letters at least. And we do not. The identification of Jesus with YHWH seems to have been part of (what later came to be called) Christianity from more or less the very beginning. Paul can refer to it, and weave it into arguments, poems, prayers and throwaway remarks, as common coin. Recognizing Jesus within the identity of Israel’s One God, and following through that recognition in worship (where monotheism really counts), seems to have been part of ‘the way’ from the start (709).

Wright hypothesizes “a development in several stages,” as follows:

1. using theos for God the source and goal of all things, and kyrios for Jesus, as in 1 Corinthians 8.6, aware that these corresponded to the Hebrew elohim and YHWH, and intending to stress both the unity and the differentiation between the two of them;

3. drawing in the originally messianic title ‘son of God’, already in use for Jesus because of its Davidic overtones and because of Jesus’ own way of speaking, as the natural corollary of this ‘father’. The one denoted as theos is thus seen as ‘father’ specifically of this ‘son’, and the one denoted as kyrios is seen as ‘son’ specifically of this ‘father’, even when that connection is not made explicitly;

5. drawing on the ‘wisdom’ traditions, which were already in use in terms of both the return of YHWH to Zion (Sirach 24) and the equipping of David’s son for his royal task (Wisdom 7—9), to speak of the father ‘sending’ the son (Romans 8.3; Galatians 4.4), and of the father transferring people into ‘the kingdom of the son of his love’ (Colossians 1.12–13, with the great ‘wisdom’-poem of 1.15–20 to follow), and of the kyrios as the one through whom all things were made (1 Corinthians 8.6; Colossians 1.16);

6. understanding the whole sequence in terms of the climactic and decisive rescuing act of the one God, the new Exodus in which this God had revealed himself fully and finally precisely in fulfilling his ancient promises, saving his people and coming to dwell in their midst. (697-98)

Wright acknowledges that his proposal “is necessarily hypothetical.”

Unless fresh evidence from the first twenty years of the Jesus-movement were to turn up (the age-old dream of a Christian archaeologist!) it remains impossible to demonstrate that any such sequence of thought actually took place. And ‘a sequence of thought’ has nothing to do with chronological extension. A mind well stocked with scripture, allied to a heart understanding itself to be transformed by the spirit and attuned to the worship of Jesus, could grasp in an instant what we are forced to reconstruct slowly and carefully. But I submit that this does seem to reflect some aspects of the data we actually possess. (698)

I have not gotten to Wright’s book yet, but I’m delighted to have gleaned, from McKnight’s summary, this attractive proposal in regard to a very important issue in the development of Christian doctrine.