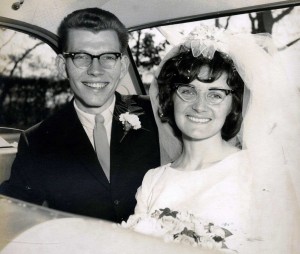 Last year, Gail and I celebrated our 50th wedding anniversary, and we often had occasion during the year to thank the Lord for his kindness to us. We started dating when we were 17 and 18, so we sort of grew up together. We are grateful to have reached this stage of life with good health and the prospect of more years together.

One of the good gifts for which we thank God is that we both grew up in fine Christian homes, and so we started our own marriage with good examples to follow. 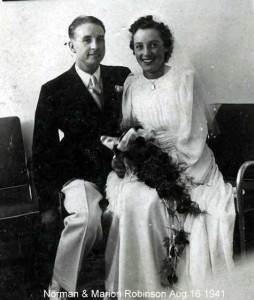 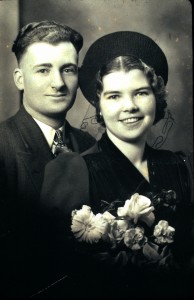 My parents were married for 66 years (1939-2005) before the Lord decided that my father’s journey in this phase of life was over.

Western culture has changed quite a bit since we got married and even more since our parents did. Marriage is an institution in trouble in our societies these days, and children are suffering because of it. Marriage is hard work, and the will to make it work has declined, in the church as well as outside the church. Given this reality, I was blessed with some comments by W. Ross Blackburn (rector of Christ the King, Boone, NC) in an article in the Journal of the Evangelical Society (“Sex and Fullness: A Rejoinder to Dennis Hollinger on Contraception,” 58/1 (March 2015): 117-30).

In a previous issue of JETS, Dennis Hollinger had argued for the theological legitimacy of contraception. I find more grounds for its legitimacy than Blackburn does, but even he acknowledges that we don’t find anywhere Scripture either explicit support for or rejection of the use of contraception. What Blackburn hears most loudly in Scripture, however, is “unqualified enthusiasm for the blessing children” (130). He observes that “our culture plans children around life,” so that “the idea that one might plan life around children is peculiar” (130). But “the church is a peculiar people, and because this is so, it has the opportunity to bear an unusual witness in a world that has lost its wonder and enthusiasm for life, particularly young life” (130, emphasis is mine).

Gail’s parents raised six children, mine had four, and then we had four ourselves. As God warned, because Adam and Eve had brought sin into the pristine world God had created, raising children would be painful (Gen 3:16), and parents can attest to this. But it is often deeply satisfying too, with many moments of great joy, particularly when we do it with a sense of fulfilling God’s creation mandate in the ways he has providentially called us to do so. But where this sense of calling and purpose is missing, both marriages and the lives of children suffer. And so Christians have a great opportunity to witness to Christ’s work in our lives, in the way we live our marriages and raise our children. Some selections from Blackburn’s article make this point well, I think, and so I share them here.

Where sex is misunderstood, marriage is misunderstood. Here we move into the realm of the church’s witness, and the importance of sexual faithfulness in that witness. Our culture is less interested in what the gospel teaches, and more interested in whether or not it works. And this is true particularly in a culture where relationships, by and large, do not work, precisely because it has become so confused concerning the nature of marriage (126).

Marriage is far more than a commitment between a man and woman to stay together for life. Marriage has a particular form—roles, contours, and purposes that shape marriage into the blessing that God intends. These can be taught by word and reinforced by example, living out that form of marriage before a confused culture, so that the culture becomes curious and begins to ask questions. And the more our culture loses its understanding of marriage, the more important the particular witness of marriage and family becomes, for the same reason that light shines most brightly when the surroundings are darkest. In our day there is no witness more powerful than marriages that work as they live into the form that God has given, and therefore experience his blessing (127).

Above, I quoted this striking line from Blackburn: “Our culture is less interested in what the gospel teaches, and more interested in whether or not it works.” In a very interesting blog post by Louis McBride about why the early church grew so fast, this point is emphasized again. In Alan Kreider’s new book, The Patient Ferment of the Early Church, he “notes that what drew pagans to Christianity was not their worship service but their alternative lifestyle” (emphasis mine). Here’s Kreider: 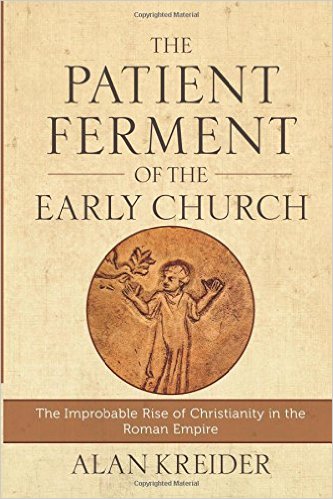 According to Tertullian, the outsiders looked at the Christians and saw them energetically feeding poor people and burying them, caring for boys and girls who lacked property and parents, and being attentive to aged slaves and prisoners. They interpreted these actions as a “work of love.” And they said, “Vide, look! How they love one another.” They did not say, “Aude, listen to the Christians’ message”; they did not say, “Lege, read what they write.” Hearing and reading were important, and some early Christians worked to communicate in these ways too. But we must not miss the reality: the pagans said look! Christianity’s truth was visible; it was embodied and enacted by its members (p. 148).

May God help all of us who are married to be faithful in our use of the means of grace which God has given us (primarily Scripture, prayer, and life in the church), so that in this area of our lives the witness of the church may be clear. May God bless us in our homes, and may he bless the world through our homes.