Throughout the history of the Christian church, Bible believing Christians have been divided on important theological issues. This can be very frustrating to people who feel the need to decide which position is correct but who find the dispute very difficult to adjudicate. The situation creates a good market for multiple view books, a genre I particularly enjoy reading, and I find them very useful when teaching seminars. But in my experience, the reading of these books doesn’t often result in people concluding that a view other than the one they previously held is correct.

In the long-running debates between Calvinists and Arminians, complementarians and egalitarians, pedo-baptists and credo-baptists, proponents of limited and unlimited atonement etc., each position has a stock of biblical texts which lead them to their conclusion. Some of the texts of the opposing position are deemed “difficult texts” for their own stance, but they have reasons why their own “clear texts” are the ones which need to be emphasized, and through the lens of which the difficult texts should be read. Often, it is agreeing upon which set of texts is clear and which set is unclear (and hence needs to be seen through the lens of the other set) that is the impasse in the discussion, however sincerely each side is committed to pursuing biblical truth. How, we wonder, do we decide which set of texts should be the controlling set?

Viewing our choice in light of the metanarrative

In Providence and Prayer, I presented eleven models of the doctrine of providence, which could really muddy the water, but they fall into two main classes – risk and no-risk, or synergistic and monergistic models. A fair number of the theological disputes in Christianity are informed by this watershed issue of monergism vs. synergism. This is true in regard to both God’s providence and to numerous points of soteriology. Consequently, I propose to students that they back away from the lists of core supporting texts and take time to look for the dominant message of the whole biblical narrative. In the course of repeated readings of the whole of Scripture, what stands out to them – that God is completely in control, always achieving the will of his eternal purpose, or that God has chosen not to have things come out just as he willed? Sometimes this helps people, but I am always eager to learn the procedure others recommend for addressing theological differences that are hard to resolve.

Since John Stott revealed that he leaned heavily toward believing that the end of the wicked is destruction rather than eternal conscious torment, evangelicals have been more willing to reassess the long dispute between annihilationism and traditionalism (as the belief in endless conscious punishment has come to be called). Recently, I benefited from reading an article published in 2001 by Ralph Bowles but new to me, in which he examines Rev 14:11, one of the two or three key texts to which traditionalists appeal for support of their position. After laying out his own exegetical analysis of Rev 14:11, Bowles addresses the methodological question, suggesting how readers might proceed in quest of the correct (biblical) understanding of the nature of hell. 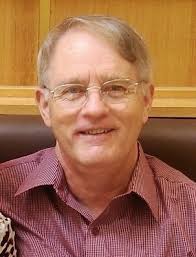 Bowles takes the opposite tack to the one I have suggested in regard to choosing between monergism and synergism. He suggests that “all contributors focus their thoughts on the few ‘core’ texts upon  which the two views rest” (33). (Since I have provided a link to the whole article, I’ll not include the footnotes so you can get those in the article, if you want them.)

Both interpretations have texts that are difficult to reconcile and  both have texts that seem to give strongest support. In this debate about a doctrine of immense seriousness, evangelicals should seek to anchor all their beliefs in sound exegetical work on specific texts.

It is not easy for Bible readers to assess the general Biblical teaching on this subject, because the eternal torment interpretation has been a controlling doctrinal grid. Each text, once it is locked into a grid, serves to govern our perception of other texts, acting like a filter to alternative exegetical indicators. [D. A.] Carson reminds us that ‘the interpreter’s theological grasp, his or her “systematic theology” … may be faulty at many points, but it may be very difficult to spot the faults. The reason is that this synthesis, this systematic theology, itself becomes a controlling grid by which to interpret Scripture, under the guise of serving as the analogy of the faith.’ In this case, the doctrine of eternal torment, applied as a interpretative grid, compels a particular, metaphorical view of all the texts that deal with ‘death’ and ‘destruction’ as the ultimate penalty for sin. It is hard for those texts that do indeed speak of ‘destruction’ to be heard over the noise of this doctrinal grid.

All doctrines will have some texts that appear to be contradictory.  Some will be seen as confirming the interpretation. Many texts can be seen to be consistent. But some texts function as core passages to the interpretation. These core texts are those small number of passages on which the argument is truly resting. The ‘avalanche’ of eternal torment texts is an illusion created by linking texts that do not strongly support the idea into an eternal torment interpretative grid.

Most texts can be fitted into either doctrinal grid as consistent texts. This may be illustrated in the doctrine of final judgement by considering those texts that present the pain and distress that accompany God’s judgement. Both interpretations of ‘hell’: (a) relate these texts to the final destiny of the unsaved; (b) teach that God’s judgement will involve a painful penalty; (c) recognise that there will be a resurrection to judgement;  but (d) differ on how these texts are related to other passages in their sequence and logic.

How can we approach the canonical checking of our interpretations, if it is hard to spot the faults of our grid? The first step is to ascertain upon which particular texts our doctrine actually rests; in the case of eternal torment, it may be a smaller number than we realise. Then these texts need to be closely examined, apart from the straitjacket of a dogmatic grid. The traffic between our doctrinal grid and the specific exegesis needs to be two-way; the exegesis must be allowed to correct the grid.

The interpretation outlined in this article seeks to show that the actual teaching of this scripture (Rev. 14:11) does not clearly and unambiguously endorse the traditional grid of eternal torment through which it is usually read. Instead, the text is patient of other plausible interpretations. This study of one verse demonstrates the importance of checking the doctrinal grid that we bring to particular texts such as Revelation 14: 11. The Conditionalist treatment shows what a different result is produced when a familiar ‘hell’ proof-text is approached without the eternal torment doctrinal grid.

What we see in these two methodological suggestions (Bowles’ and mine) is the hermeneutical circle at work. We must move from part to whole and from whole to part, continually prepared to revise our sense of the whole on the basis of findings in regard to particularly important parts, but also ready to reexamine our understanding of a particular text, in light of the big picture that is taking shape in our view. Eventually, both approaches are necessary, but it may be that particular issues are best addressed by starting with one of them. Wherever we begin, we will always need to keep both directions in play. Meanwhile, we should seek to understand why others see things differently from us, since our theological doctrines, being human constructs, must be held lightly in areas where consensus is lacking within the church. Here is where the weight of tradition may impede our efforts to give Scripture priority, but it can also keep us from reaching novel or minority conclusions too speedily.

One reply on “How should we arrive at a conclusion in regard to hotly contested theological alternatives?”

Thanks to Brother Bowles for this thoughtful analysis, and thanks to Brother Tiessen for his comments while passing it along. When I did the research nearly 35 years ago that resulted in the book The Fire That Consumes: A Biblical and Historical Study of the Doctrine of Final Punishment (Cascade/Wipf and Stock, 3rd edition 2011, foreword by Richard Bauckham), there was only a handful of books devoted either to the traditionalist or the conditionalist cause. If Dr. Bowles and/or Dr. Tiessen had been there to counsel us then with what they know now, books produced during the intervening years likely would have been more substantive and the conversation more productive. Blessed Christmas 2013 to all — may His Presence crown all the presents!