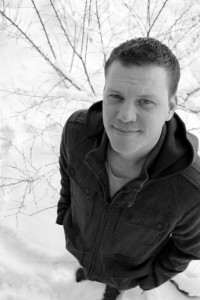 In a blog post at Jesus Creed, Jeff Cook (lecturer in philosophy at the University of Colorado and pastor of Atlas Church) has raised a very significant philosophical objection to the traditional doctrine that hell is eternal conscious torment. He demonstrates convincingly that the concept of hell as dehumanization, as affirmed by C. S. Lewis and N. T. Wright is almost indistinguishable from annihilationism. That dehumanization tends toward annihilation has already been nicely demonstrated in the triangle developed by Rethinking Hell. 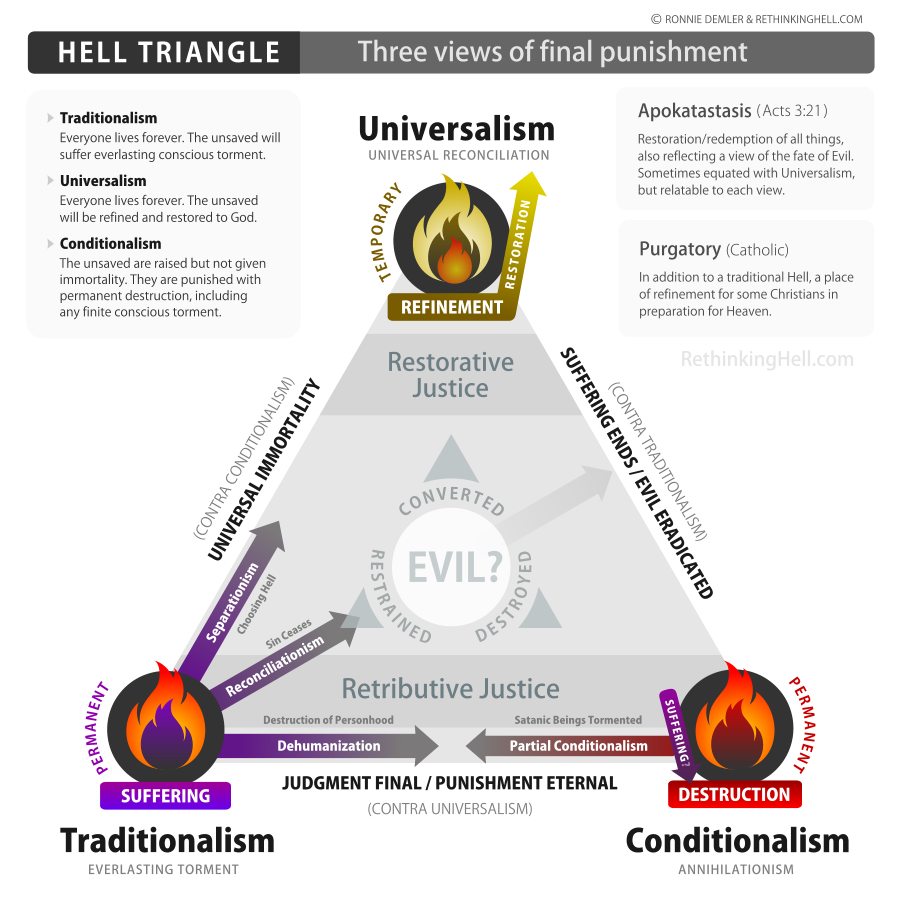 But, more fundamentally, Cook also demonstrates, I believe, that the Christian understanding of sin and its effects on human beings (which leads Lewis and Wright to affirm dehumanizationism) should push traditionalists down the road to dehumanizationism which will ultimately take them to annihilationism. I suggest that, to avoid that journey, one would need much stronger biblical reasons for affirming eternal conscious torment than are provided by the texts which appear strongest to traditionalists.

Cook asks:  “Will hell change a person?” And he answers, as any one who understands the Christian doctrine of sin must, I think:

Of course it does. If in heaven I become more of the person God envisions, what shall we say of hell? Are not the damned becoming less and less what they were created to be and as such losing what was most vital to their humanity, personality and character?

N. T. Wright grasped this very clearly in describing what he calls “the traditional view:”

It seems to me … that if it is possible, as I’ve suggested, for human beings to choose to live more and more out of tune with the divine intention, to reflect the image of God less and less, these is nothing to stop them finally ceasing to bear that image, and so to be, as it were, beings who were once human but are not now. Those who persistently refuse to follow Jesus, the true Image of God, will by their own choice become less and less like him, that is, less and less truly human. We sometimes say, even of living people, that they have become inhuman … I see nothing in the New Testament to make me reject the possibility that some, perhaps many, of God’s human creatures do choose, and will choose, to dehumanize themselves completely (cited by Cook from Following Jesus, 95-96).

The problem that this biblical truth concerning sin creates for traditionalism is well analyzed by Cook:

What seems to me very difficult to establish given the Traditional View of Hell is the continued humanity, personality, mind, desires—all that makes a person a personality—of the damned. Victims of Alzheimer’s experience a massive turn in their conscious understanding of themselves and others—how much more so should we expect from the fires of hell? We may say it this way, the substance that was once a human soul may continue, but after a trillion years of separation from God and others, what could possibly be left of the “person” once judged worthy of hell?

Cook sums up his argument concisely:

If one believes a human being will experience eternal conscious torment, they must likewise construct an anthropology and metaphysic that allows a human person to exist indefinitely in torment and yet remain the same person deserving of hell. If the damned become some thing else, the punishment is not just. If the punishment is actually severe, it is hard to imagine hell not fundamentally reshaping the original person such that they become something else entirely.

Where this leads us is clear to Cook:

The Annihilationists have a clean answer here. Hell is the destruction of a human soul. Eventually the damned will cease to be. We see this philosophically and as such we have a good reason to reconsider the Traditionalist reading of the hell passages.

You is only your perception. That person is only a perception, perception can be easily imagined not to originate from a human. Damn how can you be so blind?

Because humans aren’t human if you get my drift.

We are much more and less than that.