Is God timeless or temporal apart from creation?

One of the factors that makes up a person’s model of providence is their understanding of God’s relationship to time. Accordingly, when I constructed a comparative chart of the eleven models of divine providence which I had unpacked in Providence and Prayer, I included a line for “God’s experience of time” (363-64). When I  wrote that book I was convinced that, when God created, he enters into time, though he experiences it differently than we do (as Alan Padgett nicely proposes in God, Eternity and the Nature of Time). But I was uncertain about God’s experience of time apart from (“before”) creation, and so I stated that God’s experience was “probably temporal” (364).

William Lane Craig’s book, Time and Eternity: Exploring God’s Relationship to Time had not yet been written when my book on divine providence came out, but when Craig’s book came out, he almost persuaded me that God was timelessly eternal before creation and everlasting afterwards. (He recognizes, of course, that, in that case, to speak of  God as  existing “before” creation is metaphorical, since we are using the language of time to speak of the experience of the timeless God.) There was one factor, however, that still made me slightly agnostic about God’s relationship to time apart from creation, and that was God’s triune personhood. It seemed to me that if God were absolutely timeless when he had not “yet” created anything, his experience would be too static to account for the love that exists eternally in the relationships between the Father, the Son and the Spirit. Consequently, I have continued to be agnostic on this point, although leaning strongly in favour of Craig’s proposal. 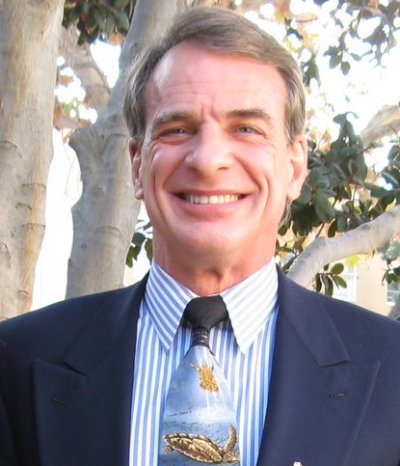 A few days ago, I became aware of a lecture which Craig had given at the Oxbridge conference, on July 23, 2002. It is quite probable that, in his book published in 2001, he had already made the point he made in that lecture but, if he had, it had apparently not satisfied my mind on the one issue that nagged at me. As I read Craig’s lecture now, however, I concluded that he has adequately addressed the problem, and so I can now identify myself as in agreement with his proposal that God’s eternity was a timelessness apart from creation, but became an everlastingness in relationship to creation, since then. That is to say, that God had no experience of past, present and future when there was nothing else, but that he entered into that experience when he created space and time. For the benefit of anyone else who is pondering this issue, I’ll clip in to this post the section of Craig’s lecture in which he speaks to the problem that had left me agnostic for some time.

What objections, then, might be raised against divine timelessness? Well, one of the most popular objections that has been raised in the literature is that timelessness and personhood are incompatible. Persons engage in activities such as anticipation of the future and recollection of the past; in deliberation and discursive thinking; in experiencing conscious feelings. All of these are temporal activities. Therefore, the idea of a timeless person is said to be incoherent.

Well, is this a good argument? I’m not persuaded that it is a good objection. Let’s conduct a thought experiment: imagine that God had refrained from creating the world. Imagine God existing without creation. We can think of a possible world in which God alone exists, solitary, alone, without any universe or created order whatsoever. Would God, in such a world, be temporal? Well, if He had a stream of consciousness, clearly He would be temporal because there would be a temporal series of mental events going on in His mind. But let’s suppose that God exists changelessly in such a state, that He has a single state of consciousness. Would He, in that case, be temporal? Well, I think that’s far from obvious. On the contrary, on a relational view of time in which time is a concomitant of events, such a changeless state would be a state of timelessness. So God existing in such a state would, I think, plausibly be timeless.

As for these other properties we mentioned, I would say that while these are common properties of human persons (who are, after all, temporal), these are not essential properties of personhood. For example, take deliberation and discursive thinking; this is excluded from God not so much because of His timelessness but because of His omniscience. An omniscient being doesn’t need to deliberate because he already knows the conclusions to anything that he might think about. And therefore God’s thought life cannot be discursive if He’s an omniscient being. He simply knows all truth in a single intuition at a single moment. Similarly, memory and anticipation are not essential to a timeless person because he has nothing to forget and nothing to anticipate if he simply exists timelessly. There is no past and future. So these qualities, though common to human persons, are not essential to personhood, and therefore it seems to me that there is no incoherence in speaking of God as a timeless, personal being.

In fact, I think that the doctrine of the Trinity can help us out here, because the doctrine of the Trinity provides a useful model for God’s timeless existence. Very often, people will say that persons have to exist in interpersonal relationships, and therefore God would have to be temporal. But what that assumes is that the persons to whom God is related would have to be human persons. But according to the Christian doctrine of the Trinity, that is not true. God, in His own being, is tri-personal, and in the unity of His own being God can enjoy the fullness of interpersonal relationships within the Godhead itself in a timeless and changeless way. Everything the Father knows, the Son and the Spirit know; what the Father loves, the Spirit and the Son love; what the Son wills, the Father and the Spirit will. This is the doctrine of perichoresis, according to which the three persons of the Godhead are completely transparent to one another and interpenetrate one another. And just as we sometimes speak metaphorically of two lovers who sit just staring into each other’s eyes, not speaking a word, as “lost in that timeless moment,” so, in a literal way, God in the interpersonal relationships of the Trinity, can exist in a timeless moment of complete love, fulfillment, and blissfulness in the self-sufficiency of his own being. Thus I am not at all persuaded that timelessness and personhood are incompatible; it seems to me quite possible, and plausible, that God can exist timelessly while being personal.

When Paul Helm and I were in conversation about the validity of my attributing God’s knowledge of counterfactuals to “middle knowledge,” he commented on my regular use of temporal language in speaking of the moments of God’s knowledge, which I then identified as three: necessary/natural, middle, and free. I eventually concurred with Paul that God knows counterfactuals as part of his necessary knowledge, and that such knowledge would only need to be “middle” if he had given creatures libertarian freedom. But, with regard to my “temporal” language with regard to the “moments” in God’s knowledge, I observed that the theologians who had formulated a Christian understanding of God’s knowledge relative to his decision (decree) to create a universe had also spoken about an order. Reformed scholastics also debated at length the “order” of God’s decrees, even though they believed that God was absolutely timeless. So, whether God’s decrees, and his knowledge relative to those decrees, came about in temporal succession or whether the “order” of which we speak is purely logical, is not critical in our conversation about these things. At the time of my conversation with Paul regarding the feasibility of God having middle knowledge, I leaned slightly towards divine temporality apart from creation, but none of my statements about “order” are dependent on God’s being temporal. Now that I am more convinced that God is timeless apart from creation, I can clearly assert that the order of God’s decrees and the relationship of his kinds of knowledge to those decrees, is purely logical.

(My conversation with Paul Helm was later published in the Westminster Theological Journal 71/2 (Fall 2009): 437-54. I have also described my slight change with regard to the “moment” of God’s knowledge of counterfactuals, in a blog post entitled “Nuancing my view of providence.”  Incidentally, Helm’s book, Eternal God: A Study of God Without Time, is the finest case for divine timelessness that I have read, even though I now think that Craig’s perspective is more likely to be true. We are in deep waters here, so whatever I say has a measure of tentativeness.)

4 Responses to Is God timeless or temporal apart from creation?