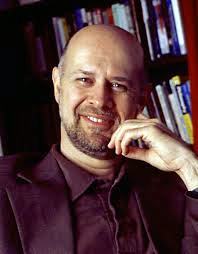 In an interesting and helpful post, Jerry Walls asks: “Wheaton, Allah, and the Trinity: Do Muslims Really Worship the Same God as C. S. Lewis?”

He gets into the critical work of distinguishing questions which might be in people’s minds when the basic one is on the table. I have addressed that problem in an earlier post.

1) Do Christians and Muslims believe essentially the same thing about God? 2) If they do not, are these differences of belief about God necessarily reflected in essentially different forms and expressions of worship?  3) Can persons who subscribe to other religions besides Christianity be in a saving relationship with God?  4) Can persons who knowingly and persistently reject Christ be saved?

I agree with most of what he has to say regarding the appropriate answer to those questions, so I commend his post to you, but I disagree with his basic conclusion because he has left out the most basic question, from which the other 4 need to be distinguished. If you do read his post, I hope you also read mine afterwards.

His basic conclusion is:

With respect to the original controversial claim, there is no unequivocal sense in which it is true that Muslims and Christians worship the same God.

Here is my problem with that conclusion:

His 4 questions are good, and distinguishing between them is critical. I have been frustrated by the number of times I have read arguments that claim to be answering the question (Do Muslims and Christians worship the same God?) but are actually addressing a different question. What needs to be added to his 4 questions is this one: “do Christians and Muslims intend to worship the same God, even though they believe that the other group misunderstands that God profoundly?”

That is the question which I think can be answered “Yes.” The Quran specifically stated this to be so, though Muhammed obviously believed that Jews and Christians understand God differently and very incorrectly.

The question I most often hear addressed these days is: “do Muslims and Christians have the same theology?” The answer to that question (which is # 1 in Walls’ list), as he has pointed out, is obviously “No.” But to explain at length why such is the case does nothing to illuminate what I take to be the basic meaning of the original question. Most often, the naysayers unpack the centrality of the Trinity in the Christian understanding of God. But that raises the bar for “same God”ness much too high, because it eliminates all old covenant believers. It would lead to the ludicrous conclusion that Jesus was intending to teach his disciples how to worship a different God, since they were obviously not Trinitarian when he called them, though 11 of them were faithful believers in the God of Abraham.

Jews and Muslims need to be evangelized (even if some of them are already saved, though not Christian, for precisely the reason Walls has described), but this is because God wants them to know him truly, according to his final self-revelation in Jesus, the eternal Son.

So, I am grateful to Walls for pursuing the important work of distinguishing between the related questions, but I believe that there is an unequivocal (though quite limited) sense in which it is true that Muslims and Christians worship the same God. That sense is one which does not show up in Walls’ 4 questions.

One reply on “Jerry Walls on worshiping the same God”

Terrance, I am not as notable as Jerry, but I too did a three part series on the subject which you might like. 😀

In the parts, I argue:

1. The question is ambiguous, but if you break it up in to the many specific possible meanings, a minority indicate that the gods are the same.

2. She is wrong about claiming that Muslims are people of the book – they don’t even consider themselves that.

3. When we minister out of compassion without truth, we may be doing more harm than good.