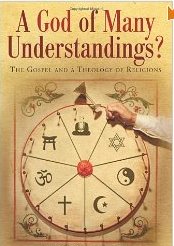 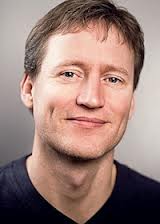 It has been many months since I began to read and talk about Todd Miles’s book,  A God of Many Understandings?  Summer travel and moving rather messed up my academic pursuits and I am still getting back to them somewhat slowly.

The Bible and religions

In his second chapter, Todd gives 60 pages to a helpful review of what the Bible has to say about religions. He works his way through the Old Testament, drawing our attention to the religious context in which God called Abraham and formed the nation of Israel, finding continuity but not identity or equality “between the Lord worshipped by the recipients of the Abrahamic covenant and the God (‘El) worshipped by the Canaanites” (48). He describes the uniqueness and incomparability of the God who revealed himself to Israel, and the repeated wanderings into syncretism from which Israel’s prophets had to call the people back. Only the Lord is God, but Todd acknowledges that the Bible points “to some sort of existence for other gods” (60), providing a helpful analysis of the ways in which this was the case, in particular the reality of those gods in the subjective experience of the pagans, even though they were really “objects within the physical creation, demons, or the creation of human hands” (62). The themes identified in the Old Testament are then skillfully pursued in an analysis of the New.

I think that this chapter is well done and I agree substantively with Todd’s understanding of the way that God regards people’s worship of other gods, and the manner in which he calls upon true worshippers to relate to other religions and their adherents. Frequently, I jotted notes of affirmation in the margins of this biblical study of religions, and I have no significant disagreements with Todd’s reading of Scripture in this regard. In his introductory chapter, however, Todd had stated that this chapter “is the foundation for the defence of exclusivism, as well as the critiques of universalism, pluralism, and inclusivism”(29). His analysis of the biblical material does effectively demonstrate the folly of religious pluralism, including a religious instrumentalist form of inclusivism. Readers of my own work will not be surprised, however, that I disagree about what the biblical texts have to say about the possibility of God’s giving saving faith to those whom he blesses with less complete revelation than he gave to the covenant people. I spoke of my difficulties with the gospel exclusivism which Todd aims to demonstrate biblically, in my comments on his first chapter.

In this chapter, it appeared to me that Todd’s gospel exclusivism informed his reading of the biblical text rather than being demonstrably derived from it, but he would probably feel the same way about my own. Fundamentally, for instance, while it is clear that God progressively revealed himself to the covenant people, I do not find in Scripture the gospel exclusivist belief that one must know the latest covenantal revelation to have a faith that pleases God.

I find elements that tend toward inclusivism (which I prefer to call “accessibilism”) in Todd’s own work at some points, but he does not see them that way. He writes, for instance, that “the progress of revelation and of redemptive history does not leave people in equal places or with equal responsibilities” (52). To his mind, however, this establishes only varying grounds of condemnation; it does not allow for saving faith in the case of people to whom God has not revealed himself in the fullest form made available only to some.

Todd also says: “Far from being sympathetic to the religions of the world, Jesus was critical of religious practices not motivated by a heart reconciled to God. His criticism usually fell not on irreligious people but religious ones” (74). Here I think Todd has put his finger on the critical factor in God’s assessment of people’s response to his revelation. The orientation of the heart is the key feature of the faith that pleases God, not the degree of theological knowledge.

Todd states: “Consistent with the experience of Cornelius, redemptive history and the particularities of people’s required response to God had changed for all people in all places with the advent of Jesus” (93). I find Cornelius a peculiar choice as an example of this principle because his experience actually points in a different direction, if one understands him to have been saved already before Peter arrived, as even Aquinas, Calvin and Francis Turretin did. Certainly redemptive history and its revelatory component advanced significantly, but can the required (saving) response to God be the same for the ignorant as for the informed? For the gospel exclusivist, the answer is “yes,” in that people are judged on account of their knowledge, not on the basis of that which they could not know, but their ignorance of the latest form of divine revelation makes it impossible for them to please God, even if they have a faith that was deemed sufficient for others prior to God’s having revealed himself in a fuller way to particular people. It is this belief in the steady narrowing of the circle within which saving faith is possible, by virtue of the progress of redemptive history, that appears to me  to run contrary to the biblical narrative of God’s saving work. I find no biblical reason to believe that the faith of Adam or Noah or Job or Jethro or Abraham would not save people today who have that faith, if they only have the revelation that those people had at an earlier time. A more extensive exposition of my understanding of salvation relative to covenantal revelation can be found in the paper I read at ETS in 2011.

Earlier posts in this series: Part 1.

One reply on “Miles on the Bible and religions”

I think the most important thing is to stick to what the Bible says! There are so many false teachings out there. You always have to prove everything whether it is according to the scripture or not. Otherwise we can easily walk astray. The Word of God has the power to save us. We should greatly acknowledge this gift. https://www.staybiblical.com