I was delighted to hear voices from the missionary world speaking to the issue that has become serious in the procedure begun by Wheaton College to terminate the employment of Lrycia Hawkins, because the school thinks that her statement that Muslims and Christians worship the same God conflicts with the school’s faith commitment.

In a special edition of the Occasional Bulletin of the Evangelical Missiological Society, 21 mission related experts address the question, “What are the missiological implications of affirming, or denying, that Muslims and Christians worship the same God?” 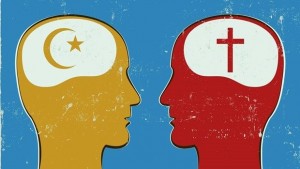 A good news article by Sarah Eekhoff Zylstra will give you the flavor of the contributions. Not surprisingly, the missiologists do not all agree, but I was gratified personally to find that many of them spoke in ways very similar to mine in the blog posts I have written since this issue emerged.

The publication by EMS was coordinated by Robert Priest, Professor of Mission and Anthropology at Trinity Evangelical Divinity School (TEDS) and current EMS president. Priest’s concern is summed up in Zylstra’s article:

“As I’ve observed the unfolding drama, I’ve had concerns over the way Wheaton has framed the issues, over the repercussions of this for Christian witness, and over the failure to include missiologists and missionaries as interlocutors,” wrote Priest. “That is, for most evangelicals in America, our encounter with people who are Muslim is relatively recent, relatively superficial, and all-too-often infected by American culture-war impulses.

“The one category of American evangelical that has long nurtured close relationships with people who are Muslim is missionaries and mission professors (missiologists)—many of them Wheaton graduates,” he continued. “However, these individuals, who represent the heart of evangelical gospel concern, and who represent a unique mix of professional expertise and accumulated wisdom acquired over decades of study and ministry experience, do not appear to have been adequately consulted.”

Particularly poignant and significant, in my opinion, were comments that speak to the implications for evangelism among Muslims if we claim that they worship a different God than we do.  Again, I quote from Zylstra’s article:

Practically speaking, though, it can be easier to reach out to Muslims if there is some common ground.

“Conversion studies have shown that the greater the degree of congruence between Islam and Christianity that is perceived by the Muslim inquirer, the more likely it is that he or she will seriously consider Christianity as a viable alternative to Islam,” Martindale wrote. If differences between the two are emphasized, the barrier to conversion grows.

“In my 30-plus years of interacting with Muslims, I have yet to meet a Muslim who believes that Allah is a different God from the Yahweh of the Bible,” he wrote. “Most former Muslims would also say that they had been attempting to worship the same God, but they later realized that the teaching and system of worshipping God in Islam were to some extent incorrect, false, and misleading.”

Telling Muslims that they worship a different God can shut the door to communication, wrote John Jay Travis, a missionary and Fuller Theological Seminary professor who has lived most of his adult life in Muslim neighborhoods in Asia.

“It makes it nearly impossible to read Scripture with Muslims, since a very significant percentage of Bibles found in predominately Muslims parts of the world use Allah,” he wrote. “It makes it very difficult to pray with Muslims for healing of their hearts and bodies, two extremely crucial parts of our Christ-centered witness.”

The stakes are high here, and they go way beyond the immediate concerns of Wheaton College, so we need to pray for the school whenever this matter comes to mind.

One reply on “Mission experts speak to the “same God” issue”

I also have been perplexed and dismayed by the exclusion of missiologists from the discussion. (Administrators might say that they did not exclude missiologists, but failing to consult them in this case is a de facto exclusion.) It seems a bit like a doctor making a diagnosis that requires input from the medical specialist, but refusing to bring the specialist in. A strange process, which suggests a kind of mental blindness.