When I started blogging in 2012, I was retired and living on a country property in Manitoba, finding I had time to do theology but looking for ways in which to do it. After I retired in 2006, I had started reading theology blogs and I enjoyed them. I was feeling a lack of outlet for my own theological expression, so I decided to try blogging. At that time I described what I wanted to accomplish through a blog.

Much of what I hoped to achieve has been realized, and so I plan to keep the blog alive. The number of people who come to my site to read material on it, and their wide geographical spread, has been very encouraging. But a few things have changed and my goals and expectations for the blog have had to be revised a bit.

Last year, we moved to Ontario, and I now have quite a bit less time for reading and writing than I had in Manitoba. I am much more involved in the life of a local church here, and much busier socially, since we moved closer to our families and close to many long time friends. This has been very satisfying, but it has required me to change my expectations in regard to the amount of theology I will be doing on my blog.

One thing that has changed is my thinking about reviewing books. Soon after I started the blog, I was enthusiastic in contacting publishers about books I wanted to read, and I found them quite ready to provide me with complimentary copies. I have done some very profitable reading in the past few years and have enjoyed the stimulus to lay out my thoughts in writing, and in much more detail than when I was reviewing for journals. But the significant reduction in my time available for reading and writing has required me to give up my earlier hopes in this regard. I still have on my shelf a few books which I requested from publishers but which I have not even begun to read, though I very much want to do so. I feel obligated to review the books I requested for that purpose, so I still plan to work on those books, but I have stopped requesting new ones. I confess to some disappointment in this regard, but I value gains in other areas of my life, so I am working at contentment.

Frequency. From the beginning of my blog in 2012 until August of this year, I was able to keep up quite a steady output of posts, publishing at least one post in most weeks, and sometimes three. In September, we took off for England and were away for 10 weeks, during which time I made no attempt to write any more posts. For two weeks, we walked across England on the Hadrian’s Wall Path and it was a thoroughly enjoyable trek, taking on something of the flavor of a pilgrimage. I wrote daily updates on Facebook and was amazed at how many people enjoyed following us on the journey. 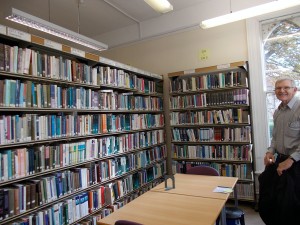 We then spent 6 weeks in Oxford, for 5 of which we lived with the family of one of our sons who was beginning a PhD program there. That was a delightful time, in the role of parents and grandparents, but I also went daily to the library of Wycliffe Hall and worked on a small research project. Some of the fruit of that reading will probably come out in blog posts in the future, 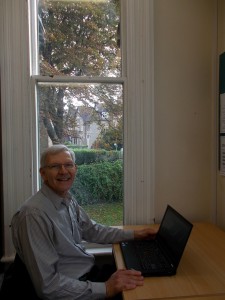 but I concluded that I should not pause to publish my thoughts while I had the opportunity for concerted research. One of the downsides of my move to Ontario, was that I am now further from an evangelical theological library.

A two week repositioning cruise was a delightful way to travel home from England, but it was not conducive to writing and gave little time even for reading. So that brought my absence from the blog to 10 weeks, after which I was faced with the need to catch up on things at home. I certainly have no regrets about what we did, but it has caused me to rethink my goals for blogging.

I was both surprised and gratified to discover that traffic to my web site continued to be fairly steady, though less busy than when new material was regularly appearing. Nonetheless, I was encouraged to discover that new visitors were coming to read things that I had put on the site, probably through browser searches for material on particular topics about which I have either blogged or uploaded documents I have written for other venues. This has reduced the pressure I used to feel to keep publishing new posts. The nice thing about rss feeds or email subscriptions, is that when I do write, those people learn that I have posted something, but they don’t count on me to keep the stuff coming regularly. I subscribe to a few blogs on which material only appears a few times a year, for instance, but I enjoy it when it comes.

As a result of all this, I have established a few guidelines for myself as I go forward: 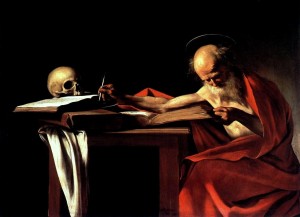 I concluded some time ago that, in the best case scenario, we should all die with unfinished projects on our to do list. Perhaps we’ll get a chance to work further on that list in the new earth, I don’t know, but it is fun to think that it might be possible.

The bottom line is that I intend to keep thoughtstheological.com alive on the web, but its purpose has taken a somewhat different shape than I originally envisioned. “Life happens,” as they say and, as things change, my primary desire is to be sensitive to what God wants me to be doing with this means of communication. I see the site as a ministry that the Lord has opened up for me at this time in my life, and I want it to accomplish the purposes God has for it, some of which I may never have imagined.