I have been in the practice of distinguishing two forms of compatibilism, hard and soft. Both are forms of soft-determinism, and they both assert that God’s meticulous control is compatible with creaturely moral culpability. They differ, however, in their account of how that compatibilism works. Thomism offers a version of hard compatibilism, which I call “hard” because it asserts that creatures are libertarianly free, but that this does not diminish God’s ability to meticulously control the way in which the history of creation develops. I, and many other Calvinists, are soft compatibilists, who account for the compatibility between God’s determining and human moral agency by proposing that creatures are not libertarianly free. We assert that to be morally responsible creatures only needs to have the power to act according to their own desire, or voluntarily; we need not have been able to do otherwise than we do. I sometimes refer to this as “voluntarist” or “volitional” freedom, but others frequently call it “compatibilist freedom.”  I do not find that a helpful term because it ignores the fact that there are also compatibilists who believe creatures must be libertarianly free in order to be morally responsible. Hence my distinction between hard and soft compatibilism, the difference being in the understanding of the nature of human freedom. 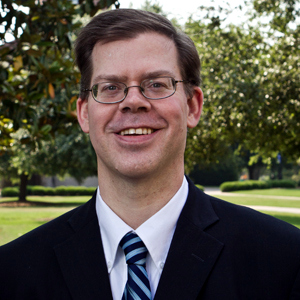 I have been aware that some Calvinists are content to plead “mystery” regarding the mechanism of compatibilism, not specifying how it works or what kind of freedom God has given moral creatures. They believe that God is meticulously determining the history of creation and that moral creatures have the sort of freedom which is necessary to ground moral culpability but they do not attempt to explain this. J. I. Packer is one person who comes quickly to mind in this regard. I have never seen or heard him define the nature of human freedom but he is clearly compatibilist. He denies that divine sovereignty and human responsibility are paradoxical but speaks of it as an “antinomy,” which he defines as “an appearance of contradiction between conclusions which seem equally logical, reasonable or necessary” Evangelism and the Sovereignty of God, 18).  I have been including the sort of approach Packer takes under “hard compatibilism,” because I thought that the sort of freedom assumed in such positions was libertarian, even though Packer and some others do not define it.

I am now adding a third category to my typology of compatibilisms: “mysterian compatibilism.” This arises from my reading of a paper Greg Welty presented at the annual ETS meeting in 2013, entitled “Molinist Gun Control: A Flawed Proposal?,” and I can best elucidate this category by citing the helpfully provocative thoughts of Greg Welty. He speaks of “the apophatic character of Reformed definitions of divine providence, as these are enshrined in historically Reformed confessions of faith” (p. 1).

The Reformed do make a very sweeping positive claim: “God from all eternity, did, by the most wise and holy counsel of His own will, freely, and unchangeably ordain whatsoever comes to pass.” But they have always been careful to add to this positive claim about divine ordination a series of negative claims (“protecting clauses”) intended to ward off various inferences one would otherwise make from the positive claim: “neither is God the author of sin,” “nor is violence offered to the will of the creatures,” “nor is the liberty or contingency of second causes taken away.” This apophaticism may not be intellectually satisfying, but it seems just as acceptable as Chalcedon’s apophatic definition of the incarnation of Christ.

Welty observes that both Chalcedon (451) and Calvinism seem to involve untoward implications. He recounts how Chalcedon takes an apophatic approach to this sort of situation, defining by negation rather than by positive statements.

For Chalcedon, the oneness of the person of Christ seems to involve conversion or confusion of natures, and the twoness of the natures seems to involve division of the person or separation of the natures. In response, Chalcedon simply adds four protecting clauses that explicitly deny these implications. Something parallel is going on in Calvinism: the ordination of all that comes to pass seems to involve universal causal determinism, or divine sufficient causality of sin, or authorship of sin in an objectionable sense. In response, the Reformed confessions simply add protecting clauses that explicitly deny these implications. Neither move is entirely satisfactory, intellectually speaking, because apophatic or ‘mysterian’ positions get around these charges by subtraction rather than addition, and subtraction is not ordinarily a source of intellectual insight. But it’s not as if Calvinists are in bad company to make a move like this.

“Mysterian compatibilism” adopts, in theology proper and soteriology, the apophatic approach that we find in Chalcedonian Christology. It affirms both God’s meticulous control of history and human moral responsibility, but it does not make the effort that hard and soft compatibilists do to explain how these are compatible. Instead, it takes care to define negatively what is not being asserted in regard to either God or humans, and it appeals to mystery, in response to requests for explanation of the mechanisms at work or for a definition of the kind of freedom necessary for moral responsibility. Mysterian compatibilists demonstrate that Scripture clearly teaches God’s meticulous sovereignty and that it teaches that humans have the kind of freedom which grounds moral responsibility, but they may remain silent, as Scripture does (at least explicitly), about just what kind of freedom God has given to moral creatures.

Welty himself appears not to be a mysterian compatibilist because he is still unsure that God comprehensively determines outcomes in history. He professes rather to be a “semi-compatibilist,” and he acknowledges that he has been

I found that paragraph in Welty’s paper very intriguing. Some years ago, the Wheaton College philosophy department put on a splendid conference dealing with the theme of freedom. They had invited some of the most highly respected Christian philosophers of our time to speak on the theme and the result was one of the most profitable conferences I’ve ever attended. I was not very surprised that all but two (out of about 14) of the presenters were committed to libertarian freedom and were incompatibilists, who denied that God is omni-determining. Of the two philosophers whom I heard to be denying that creatures are libertarianly free, only one was a compatibilist. The other one argued that because humans are not libertarianly free, they are not morally responsible. I had a brief conversation with John Martin Fischer at the conference, because I heard in his presentation a soft compatibilism that was very much like mine. I told him about my hypothetical knowledge Calvinism and I probed his own position a bit further. At one point in spelling out his own understanding, he described himself as a “semi-compatibilist,” as Welty has stated. But what I gathered from him in regard to the “semi” nature of his compatibilism was that he was distinguishing his understanding from Aquinas’s “full” compatibilism, that is, a position affirming both divine determination and human libertarian freedom.

I left that brief conversation with Fischer believing that he and I held very similar positions, and I sent him a copy of Providence and Prayer because he expressed a keen interest in my proposal, which I then called “middle knowledge Calvinism.” I’m assuming Amazon delivered the book to him and I looked forward to the response that he had promised, but he did not get to it. On that point, we are even, however. I left the conference fully intending to read John Martin Fischer’s work on human freedom, to better inform my own understanding. I have not yet gotten to that on my list of things to do, but Welty’s brief comments renew my eagerness to read Fischer.

Since that Wheaton philosophy conference, I have assumed that Fischer’s “semi-compatibilism” was the view that I call “soft compatibilism” but, if Welty is correct in his representation of J. M. Fischer’s position, I was wrong, and these are different. As Welty describes the “semi-compatibilist” understanding, it is at best a form of mysterian compatibilism, but I’m hard put to see how it is a compatibilism at all. It knows that humans are morally responsible, and it may doubt that humans are libertarianly free, but it is apparently not sure that God is meticulously in control. I find that situation so confusing that I won’t be citing it beyond this mention until I have been able to ascertain directly from Fischer’s work that he holds the position Welty has described. What I will do, however, is stop speaking about Fischer’s “semi-compatibilism” and my “soft compatibilism” as different ways of describing the same position until I have had opportunity to gain a much fuller grasp of Fischer’s proposal.

Three ways of being compatibilist

So I won’t be adding “semi-compatibilism” to my glossary at this time, but I have added “mysterian compatibilism” to my definition of compatibilism. This now gives us three ways in which one can affirm that God determines all outcomes in history and that he has created some creatures (angels and humans) who are nonetheless morally responsible. One can:

(1) follow Aquinas (the hard form), affirming a robust view of human freedom as libertarian or,

(2) follow the path taken by most Calvinists these days (the soft form that I affirm), affirming that one is morally responsible provided one acted willingly or,

(3) affirm the mysterian form, which may be agnostic about the nature of the freedom God has given to human creatures, while being sure that they are morally responsible even though they always act according to God’s eternal purpose, and affirming that Scripture does not explain how these truths are compatible with one another.

One reply on ““Mysterian compatibilism”: a third category”

Thank you for posting this. I’m working my way through several books on Thomism, Calvinism, and Congruism using your work, “Providence and Prayer” as a guide. What I thought had long been settled is now looking a lot less certain. While I remain a very Reformed, soft compatibilist, Calvinism now seems to fit well with both Thomism and Congruism. Ware’s approach in God’s Greater Glory is very convincing but so is the Thomistic approach. One can’t pick every puppy at the pound and the approach that is most scriptural should be followed but it’s a struggle to determine which approach passes the Scripture test.