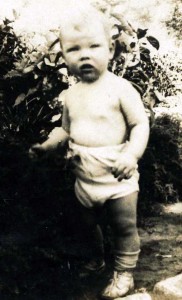 When I was born, my father was interim pastor of a church in Ontario. The congregation understood that my parents were headed for India as missionaries, but in 1944 it was not simple to travel, and they were still developing a support network. Both my mother and father had a passion for getting the good news of the gospel to people who did not know it, and the Lord had given them both a burden for India before they met one another. The Lord eventually opened a way for them, so I had my first birthday on a Portuguese troop ship, en route to India. 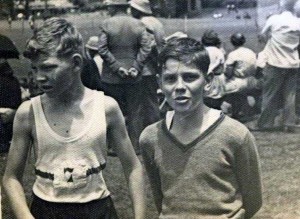 With the exception of a year of home service, I spent my entire childhood in India, graduating from Breeks Memorial High School, a British boarding school in the Nilgiri Hills, where most of my dorm mates were missionary children. Growing up in that context, I  learned continually about God as he has revealed himself in the Bible and supremely in Jesus. I can not remember a time when I did not know that I was a sinner, and when I was not grateful that Jesus had died for my forgiveness and to give me new life. Nonetheless, I certainly knew that I needed to turn from my sin and trust in Jesus. I needed to be converted.

David Bebbington has identified “conversionism” as one of the four identifying markers of evangelicalism, and I heard that gospel call often – at home on holidays, at church, and in the dorm. Every year, the school had a week of evangelistic meetings led by a worker with the Children’s Special Service Mission (CSSM), which became Scripture Union. Of course, those meetings included urgent calls upon us young sinners to turn from our sin, trust in Jesus, and commit our lives to him. I always enjoyed the men who came to conduct that ministry, but their meetings also generated a bit of anxiety for me. I did not know when I had been saved. I had no date or event to which I could point as the moment of my conversion. Feeling the need of that certainty, I eventually responded to the public call and prayed the sinner’s prayer, to be sure of my salvation. I don’t remember in which year that occurred, but I think I was probably 9 or 10.

I think that part of the reason why the date is not clear in my memory, as it often is with people who are dramatically converted, was that I doubted, even then, that it was the point at which I moved from death/darkness to life/light. Years later, when we returned to North America, after I had finished High School, an elderly man came up to me in one of our supporting churches in Pennsylvania. He told me how much he had been blessed by my prayers during prayer meetings, on the furlough when I was just 7. He told me how earnestly I had always prayed for the lost, particularly for China. There was certainly no question in his mind that I had known God savingly at that point in my life. And I think that he was right. When it happened, I do not know, but it must have happened when I was very young because, as I said earlier, I can not remember ever doubting that Jesus was my Saviour. 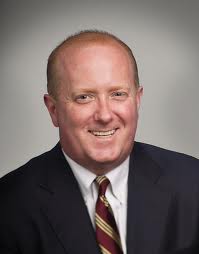 Sure it is. As long as what we mean by “having a conversion story” is broad enough to include, “I have loved and depended on the finished work of Christ as far back as I can remember.” Sadly, it is unlikely this is what people who say such things mean.

There are at least two different kinds of believers. Some are what we call cradle Christians, others might be called crisis Christians. And because both groups are composed of sinners, it is not at all unusual for them to fuss and fight with each other. In the first instance we have those who have been raised in the nurture and admonition of the Lord. They have been taught the things of God from their youth. Indeed they may have been, as John the Baptist appears to have been, converted in their mothers’ wombs. (Remember that even before he was born John leapt to be in the presence of Jesus, who likewise was still in utero (Luke 1:41). Remember also that this is not a denial of the need for conversion. Even cradle Christians were once children of their father, the devil.

In the second instance are those who have more dramatic conversion stories. They remember a time not believing, and have in turn experience in that unbelief. That is, it is not uncommon for these folks to be profoundly conscious of their lost state before their conversion, sometimes via a life of peculiar licentiousness, others via the memory of a gnawing emptiness/fear despite a relatively upright lifestyle. These folks are well aware of when they walked out of the darkness into the marvelous light.

The Bible is chock full of both kinds of conversions. Paul’s conversion was rather dramatic, as was that of the thief on the cross. The Philippian jailer, the Ethiopian eunuch both would be able to look back on a particular hour in a particular day and give thanks. Who though in the Bible is a cradle Christian? Virtually every believer in the Old Testament. Indeed one would be hard pressed to even find a conversion at all among the sons of Abraham. David, though conceived in iniquity (Psalm 51:5) trusted from his mother’s breast (Psalm 22:9). While we see many faithful men of God, we do not witness “conversions.” These trusted in the coming work of Christ, and so became the friends of God, even with no conversion stories.

Those who argue that without a conversion story we are not converted are admirably seeking to guard against the danger of presumption that can come from those who grow up in Christian homes. It is all too easy to think of oneself as a heavenly “legacy,” one who is almost due salvation by virtue of being the child of a believer. I appreciate the concern, but fear this kind of language throws the baby out with the baptismal water, and ironically adds works to our faith.

That is, eager to deny that we are saved by baptism (which is a good thing to deny) they then add to the biblical necessity of trusting in the finished work of Christ for salvation this—remembering when you first started to do so. That is, we end up teaching justification by faith plus remembering when your faith started. It is an odd form of the Galatian heresy. Perhaps worse still it makes our perseverance dependent on our memory. I wonder how many people taking this position will one day, in old age, lose their memory, and therefore lose their story and if this claim is true, lose their salvation.

We are not saved from God’s wrath by remembering when we were saved. We are saved by remembering by Whom we are saved, by trusting in His work alone, adding neither the faith of our parents nor our memory of being given that faith.

I say “Amen,” and I regularly give thanks to God for my godly parents and the many Christians who nurtured me in faith in my childhood years. Life in Christ must have a beginning point for each of us, but the life of repentance and faith is a daily, ongoing commitment. For this reason, I think that the question we must put to ourselves and others is “do you believe?,” and only secondarily, if at all, “when did you believe?” This way, we avoid the “decisional regeneration” that can be as dangerous in conversionist circles as “baptismal regeneration” is in other traditions.

2 replies on “Reflections on my cradle conversion”

Amen. Good to hear from you again Dr.T. I was such a doubtful little girl, if someone asks me, “When?” I have to say every Sunday night when the altar call was given!