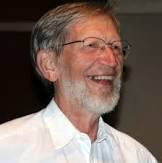 The relationship between science and religion is much discussed these days. Are these two perspectives in conflict or complementary? Are they reconcilable or not? In our culture, where economic pressure on university level education is energizing an expansion of the physical sciences at the expense of the humanities and the social sciences, our attitude to the physical sciences becomes more important than ever. Add to this the growth of humanistic secularism in western culture and the significance of Christianity’s attitude and relationship to science appears to be of even greater significance.

Different attitudes to the relationship between Christianity and science

I encounter a number of different conclusions on this issue, from both natural scientists and Christians.

1) Some in both categories are convinced that the two perspectives cannot be reconciled because they are irreconcilable and in conflict with one another.

For secularists, this is most simply explained by treating the two approaches as sharply different.. Science discovers truth; it is objective and reasonable. Religion on the other hand is thought to be a “leap of faith.” If it has any value at all, it is not as a source of truth, but it may be psychologically or socially beneficial. By the most atheistically inclined secularists, however, religion is deemed dangerous or useless, the source of conflict and harmful ignorance.

Sadly, some Christians also speak of science and Christian faith as in conflict, but they take the reverse standpoint. Christianity, from this perspective is revealed truth which tells us not only what we need to know about God but also everything we need to know about the world. Most modern science is therefore deemed to be a threat because it so often proceeds from animosity toward religion, and so the hypotheses and theories proffered by scientists are received with great skepticism. Science and religion are seen to be at war with one another.

2) Some scientists and Christians assert that science and religion need not be reconciled because they each have their own territory. Each is a source of different kinds of truth but they do not overlap and so there is no conflict between them. Science is necessarily done naturalistically, without reference to God, and Christianity teaches truths about God.

Today, I listened to the sound track I extracted from a short video by Reasonable Faith, in which William Lane Craig and a colleague talked about clips played from an interview with Alvin Plantinga by NPR. That prompted me to listen to the NPR interview with Plantinga. (The interview was triggered by Plantinga’s book, Where the Conflict Really Lies: Science, Religion, and Naturalism.)

I thought that Plantinga was very helpful in his way of addressing the situation, an approach also affirmed by Craig. I came away with a desire to remember two statements in particular which were made by Plantinga, and one way for me to impress them upon my mind or remember them later is to jot them down and share them. I make no claim to quotation or exclusive recitation of what Plantinga said, but I give him credit for the basic insights which I am affirming, without holding him responsible for everything I say or for the way in which I say it. These are simply my “takeaways.”

Plantinga spoke of his great appreciation for the work of natural scientists which has been done in the last 500 years or so. But he observed that in the early stage of that work, the major scientists were themselves Christians, who did their work out of a desire to learn more about God’s work of creation. No conflict was expected because the starting point was a belief that God was the creator of everything that exists, and so what we observe is his handiwork. On the one hand, natural scientific study opens up to us the wonders of God’s ways in creating and sustaining the order of the world. But that study also makes us aware of our ignorance and leads us into areas where no natural scientific explanation suffices for what we observe. Scientists with Christian faith are open to granting that God may have acted specially on occasion, in ways that are not explicable by any natural mechanisms of which we know. We should not be defensive of these areas of ignorance, as though we need them in order to bolster our faith, or as though that faith is endangered by scientific advances which lessen our inability to explain how things happen or happened.

Where the genuine and serious conflict exists, however, is between science and naturalism, because naturalism is a philosophical (and quasi-religious) perspective which does feel threatened by the explanatory limitations of science. They fear that their inability to explain plausibly how everything “works,” and how it came about, opens up an occasion for religious people to attribute something to God (the so-called “God of the gaps”). They themselves are religio-philosophically committed to atheism, so the purported irrationality of religious faith poses a constant threat to their scientific endeavor.

Plantinga’s welcoming attitude to the work of natural scientists stands in easy friendship with his faith in God, and he insists that everyone, atheistic scientists included, has basic beliefs which are not derived from, or demonstrable by, scientific work. An example is the common belief that there is a past. Here he cites Bertrand Russell’s acknowledgment that there is no scientific way to demonstrate that the whole universe was not created 5 minutes ago. Craig adds the belief in other minds. We cannot conclusively demonstrate that we are not simply brains in a vat, being stimulated by electric stimuli.

In short, no one lives purely with beliefs derived from science, and anyone who denies this is self-deluded, but that delusion inevitably creates a conflict between science and religion.

The second statement made by Plantinga which I want to take with me is concerning miracles. Both Christians and secularist scientists sometimes define miracles (whose existence naturalists deny) as violations of natural law. But miracles are not violations of the laws of nature, they are “events beyond the explanatory power of nature.”

I think that is a splendid way to describe miracles. It allows for the possibility that we have observed God at work when a person is healed and the doctors are completely unable to explain how it came about. Our faith in God and in his power to heal the sick, if he chooses, does not depend upon our being able to point to cases in which is undeniable that God has miraculously healed. And so we feel no threat when scientists work at understanding how the healing occurred. We are grateful to God when sickness is cured, even if we are eventually able to explain how chemical intervention brought about the healing, because we believe God to have created the physical order which we study as an examination of his normal means of providence. But, when we pray for the sick whose healing doctors pronounce incurable, we are also hopeful that God will act extraordinarily, in ways that scientists cannot explain. And when this happens, we thank God for his miraculous work.