Recently, I received an email message from a nephew with a question that I know many Christian parents have asked.

The message was short and sweet, and its questions are important.

Why don’t we honour that commandment?  Is there something in the New Testament that ‘overrides’ that?  Jesus healing?  Is hockey on Sunday bad?  Going to a restaurant?

You ask an important question, and I’m very pleased that you are thinking about it. 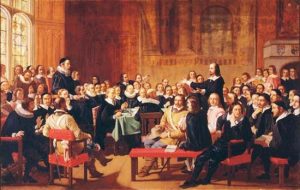 First, let me suggest why you have the question. It has to do with the Puritans who were “Sabbatarians.” They believed that all ten commandments were a universal moral obligation, and that the form of Christian obedience changed only in regard to the day, moving from the seventh to the first day of the week. This became known as “Lord’s Day observance.” Their impact in evangelicalism was huge (and largely positive) and it came down to us in our families and churches. So, the question of what we can or should do on Sunday is of great importance. At least it should be.

Many members of evangelical churches no longer practice sabbatarianism. But the sad thing is that this is not because they were led to make this decision by careful Bible study. The decision was made for other reasons. Christendom was gone in North American societies, and more and more activities, kids’ sports etc. were being scheduled on Sunday. Many of us struggled with this and we often had troubled consciences about our practice, but we didn’t quite know how to resolve this, since no one had given us solid biblical reasons not to feel guilty.

Until about 10 years ago, in principle, I too was Sabbatarian, and I believed the fourth commandment to be a universal moral absolute. Like many other evangelicals, I was in an uncomfortable position, because I was not “keeping the Sabbath” with the strictness that the Puritans had done, and I wasn’t entirely sure that I was sinning, but I didn’t have well thought out biblical reasons to alleviate my conscience either.

That changed for me when I encountered good evangelical scholars who argued that the fourth commandment is not like the others, and that this is evident in the ways that Jesus and Paul treated it. In their biblical analysis, the fourth commandment, as given to Moses, functioned as the sign of the Mosaic covenant, just as baptism and the Lord’s Supper function as signs of the new covenant. But Christ fulfilled (without destroying) the old covenant in his own righteousness and, in his institution of the new covenant, he reaffirmed the other 9 commandments as continuing, universal moral laws, but the Sabbath sign of the Mosaic covenant was no longer in force, as it had been.

Within the Reformed community (including Calvinists like me) there has been a lot of controversy about the Sabbath, between those who think the Puritans (and the Westminster Confession) were right and those who think that the exegesis I summed up in the previous paragraph was right. I am now in the latter group.

I find it helpful to view the fourth commandment as not exactly like the other nine (since it functions as a sign of the covenant, not as a universal moral law) but, rather, like the dietary laws. Both of those were instituted to keep Israel separate from the other nations, in order to protect them from the idolatry of those nations. But Jesus and the new covenant broke down the wall between Jews and Gentiles, making both the dietary laws and the Sabbath laws no longer binding upon us. What is critically important, however, is the goal of those (ceremonial rather than moral) laws, namely, the holiness of God’s people. 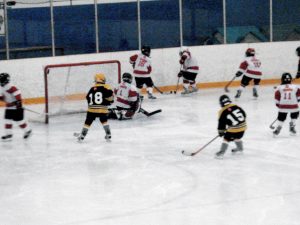 Now then, I come to your specific question in this light. I do not think it is necessarily immoral for Christians to play hockey or to go to a restaurant on Sunday (as Sabbatarians think it is). What we must do, however, and this is often not happening, is think carefully about our whole life schedule and that of our families. In the days when going to church on Sunday was the normal thing for Canadians to do, Christian children went to Sunday School and/or church and fellowshipped with other Christians and thereby grew up in the knowledge and practice of following Jesus. Many parents (some reluctantly and with guilty consciences) have decided that they should take their kids to hockey games on Sunday because otherwise they can’t play team hockey at all. What they have not done is think about how they were going to make up for what was being lost in terms of church involvement and spiritual discipling of their children. This sort of thing has contributed to the massive exodus of young adults from the church.

I don’t believe God is necessarily unhappy if you and your children are at a hockey game on Sunday and not able to get to church that day because of it. But you still must be careful not to forsake the fellowship and ministry of a community of followers of Jesus (the church) (Heb 10:25). Your children must not be spiritually disadvantaged by your non-sabbatarian practice. Some churches make this easier than others to accomplish, but families must be intentional about it and not simply rely upon the institutional  church to disciple their children or nurture them personally. 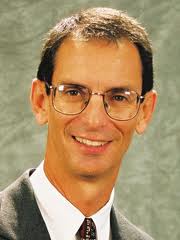 I am attaching some work by a fine New Testament scholar by the name of Tom Schreiner. Tom wrote a book called 40 Questions About Christians and Biblical Law and his 37th question asks: “Is the Sabbath Still Required for Christians?” His answer is in this attachment [in the case of this post, see the link above]. I think that it is very well done, and I hope it will be helpful to you as you work through this issue in your own understanding of Scripture. I think Tom is right on the mark here.

Thanks for asking the question, and the Lord bless you and ____ as you seek to faithfully follow and serve the Lord in this and every area of your lives.

2 replies on “Should our kids be playing hockey on Sunday?”

Most of the stuff I’ve read from your site, I agree with! It’s nice to run into certain resources where you agree on many secondary issues. I’m not sure if you’ve ever heard of New Covenant Theology, but your response to the question of the Sabbath sounds similar to the way NCT handles it. Keep up the great site brother.