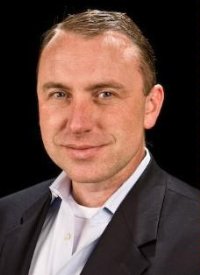 Joe Carter is sorry that the phrase “God of the gaps” came up again in the recent debate between Ken Ham and Bill Nye, because there is more than one thing that could be meant by the statement, and some of them are not a good description of a healthy theistic understanding of the world. Carter identifies some of the different ways in which this term is used in discussions of science and religion.

So what then does “God of the gaps” mean? The phrase, according to chemist Craig Rusbult, actually encompasses four different views based on distinctions between a “science gap” (a gap in our current scientific knowledge) and a “nature gap” (a break in the continuous cause-effect chain of natural process) that may or may not be bridged by miraculous-appearing theistic action. The four views are:

An “only in the gaps” view — which implies that God works only in nature gaps, that God is not active in natural process and defines “natural” in a way that means “without God.”

Carter thinks that Rusbult is right to urge us to discard “the confusing phrase,” but to ask, “when someone criticizes a theory by calling it a ‘God of the gaps’ theory,” what exactly they mean by that statement.

An “always in the gaps” view is scientifically naive while an “only in the gaps” view is theological unsound. Claiming that God does not exist, so nature-gaps are physically impossible, is also an unsophisticated and unsupportable claim. Saying that God does exist, but a nature-gap is theologically impossible because God would never allow it, is simply pretentious.

I like Carter’s case for “gaps are possible” as the most reasonable position, because it covers “a broad spectrum that ranges from ‘gaps are exceedingly likely’ to ‘gaps are statistically improbable.’”

Because this breadth allows for a significant amount of wiggle room, the view that gaps are possible isn’t very useless as a descriptive category. In fact, there is a large variance even among those who believe God (or, at least, some intelligent being) is the cause of all creation.

Some people, for example, believe that simply finding evidence of intelligent agency is sufficient to explain “gaps” while others (including me) believe that such data is simply the starting point for postulating a more robust explanatory framework. After all, the whole of creation — including all processes, all “natural” laws — are the actions of an intelligent agent, the divine Creator and Sustainer of the universe. The distinction between natural-appearing and miraculous-appearing is, again, a matter of which way God chooses to act. “Natural” laws that require low-information content are as much a product of purposeful design and intentionality as the most complex processes.

There is also no reason to be concerned that scientific discoveries will relegate God to a secondary role. Closing “science gaps” almost always has the opposite effect. Science is an hydra-headed creature; with every “science gap” that is closed, two more rise up to replace the one that is bridged.

Plausibly, Carter suggests that “the biggest science gap in biology remains the origin of life.”

God does not appear periodically in nature only to disappear again. He does not come upon the scene at special crises to fill in the “gaps” in our knowledge, nor is he absent from the scene in the intervals. The God of Christianity is not a mere “god of the gaps” but is the ever present, always working, Creator, Sustainer, and Redeemer of all creation. The only real gaps that need to be filled are the knowledge gaps that exist between our ears.

This approach strikes me as wise for a number of reasons.