“The church is like Noah’s ark; it stinks but you drown if you leave it.”

I read that statement in someone’s blog post recently and it has been rattling around in my head as containing an important truth. That truth was fleshed out rather nicely in a Christianity Today article, written by Carolyn Arends (“Taste the Soup”) on Sept 26/12, but recently tagged by CT as one of its most-read articles. She observed that “there are seasons when Sunday can’t come soon enough. The gifts church has given me are too numerous to list.” But, nice as it would be if that were the sum total of her experience, there is another side to her story. 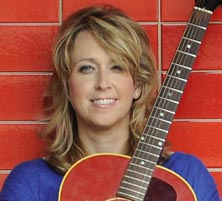 But there are also stretches of disillusionment. Times when the songs that once ushered me into a profound awareness of God’s presence seem suddenly schlocky and manipulative. Mornings when I can’t find anyone I know during the “greeting” time, and a previously cozy ritual morphs into a caricature of superficial community. Those are the Sundays I struggle with the sermon and feel my theological earnestness hardening into elitism, discernment distorting into self-righteousness.

Like anyone who has logged serious pew time, I’ve got reasons to be jaded. I’ve seen churches split over trivia while they trivialize glaring immorality amongst their leaders. I’ve encountered gossip posing as prayer, and bullying masquerading as “spiritual guidance.” I’ve watched the realignment and reduction of the gospel into a business plan for membership growth or personal improvement.

Most damaging of all, I’ve looked into my own heart and known that if my pew-mates are anything like me, church is composed of frail humans, each of us an unreliable, potentially dangerous mess of conflicting motives and wavering intentions.

People who complain that church is boring have no idea. Church is scary.

I know what she’s talking about, and I know many others who do too. Sadly, not all of those people are pulled into the church, despite its frustrating ambiguity, by the wise perspective which kept Arends involved.

The biblical witness indicates that when God gets hold of people, they almost always work out the implications in groups. This has never been an easy process. The Israelites praise, squabble, fail, and repent together in a seemingly endless cycle. The Christians in the apostle Paul’s churches alternately thrill and break their pastor’s heart over and over again. But they keep at it, and with every try Paul grows more passionate about the ragtag crew of notoriously fallible humans who so thoroughly are the church that they can’t help but do church together. Striving to convey the profound connection between Jesus and the people who gather in his name, Paul employs only the most intimate metaphors—we are Christ’s bride, or his very body.

The triune God has always been into community. And community, I am forced to admit, ultimately requires meeting together with flesh and blood folks I cannot “block” or “unfriend” should they become annoying. It means getting close enough to hug and to arm wrestle, to build (and sometimes hold) each other up, even as we risk letting each other down.

It is important to remember that “tasting the soup” is not the same as “drinking the Kool-Aid.” We are not required to unthinkingly remain in toxic or abusive environments, or even to follow a particular structure or meet on a certain day. Obedience in this area is simply intentional proximity with a group of people who love Jesus and each other. It is coming together to his table, if only because that is what he asks us to do. And it is trusting that he’ll show us not only the spoons we’re missing, but also the feast he has in store.

There is a bit more to her article, including a nice introductory illustration, but this is the nub of the message I’m taking away from it for my own good. I suspect there are others, some of whom might even read this blog post, who can benefit from this reminder that the church of Jesus Christ is God’s great gift, and that it is essential for our spiritual well being and usefulness, even though it is deeply flawed because it is full of sinners being saved by grace, that is, of people just like us. Like us as individuals, the church is a community still in progress. I look forward to the day when it will shine in all its beauty, gathered around its head, who gave his life for its redemption. Meantime, I participate in this ambiguous organization as it muddles its way toward that glorious consummation.

Terry,
I like much of what she says here. So many have been hurt by people in the church that they jump on the bandwagon of “I love Jesus but hate the church.” The answer is then found in just leaving the church and forming some other kind of group and think of that as “church.” For example, Sunday morning coffee at Starbucks. I appreciate her call to give church a second look and to remember that though it is made up of sinners we are the bride of Christ. As someone who left church for a couple of years I realize now that that was the wrong step. I’m glad to be back and would never think of leaving again. Warts and all I love the church!