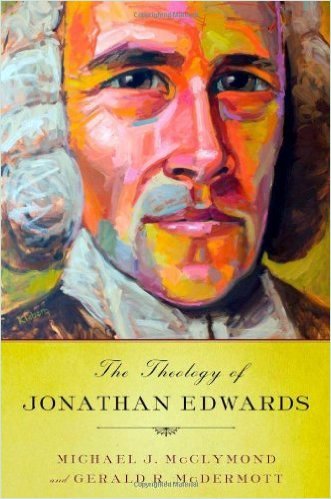 I have begun to read Michael J. McClymond and Gerald R. McDermott’s  masterpiece, The Theology of Jonathan Edwards, and I’m finding it wonderfully stimulating to my own theological thinking. Early in the book, I enjoyed the discussion of “the ethos and method of Edwards’ theology,” particularly as I reflected on my own method in relation to that of Edwards.

As I reflect on almost 50 years of personal theological reflection, I see that the overall shape of my theological position was formed in my year at Wheaton Grad School in 1966-67, when I became a Calvinist. But my position has not been static, and I have changed my mind about a number of very significant theological points along the way. At times, this has made me a tad nervous, especially as I have found myself heading in directions not much favored by many of the Calvinists with whom I have fellowshipped or from whom I have learned. But my discomfort has not dissuaded me, as I have taken heart from the basic Reformed conviction that Reformed theology, although thoroughly “reformed” is still “being reformed” (reformata et semper reformanda). This side of glory, we are all fallible and our theological formulations must be held humbly, firmly but not unrevisably.

McClymond and McDermott’s discussion of Edwards’ method made me feel like kindred spirit to Edwards. I too have taken an “open system” approach, and so I find it helpful to be advised of the benefits and risks of such an approach. Of course, Edwards had a brilliance and giftedness to which I make no claim; but I find similarities in our method, and I have learned a great deal from Edwards’ own formulation. Living in the 21st century, an age of electronic distraction, my situation certainly differs from that of Edwards.

McClymond and McDermott derive their distinction between open and closed system approaches from Whitney Oates’ “Introduction” to Basic Writings of St. Augustine (1:ix-xii]) In this scheme, a closed system thinker aims less at systematicity than an open system thinker does, and moves on to another topic “once a given intellectual issue is discussed and resolved” (p. 9). The work of these people attracts commentators, “who may embellish the system or fill in a gap here or there but will rarely suggest any new departures.” Oates identifies Aristotle as a closed system thinker.

By contrast, Plato and Augustine were open system thinkers, as was Edwards. In this approach, people come at most intellectual issues as works-in-progress and hence return again and again to the same perennial themes.

This does not mean that the open system thinker is chaotic or undirected, but that there are broad patterns that emerge over time and are continually refined and developed. New insights come along, and when they do, they force a reshaping of familiar patterns. The result is a continual unfolding of thought. In principle the process is unending. (p. 9)

McClymond and McDermott see such growth as “a sign of life—and not necessarily a sign of intellectual weakness or vacillation” (9).

From McClymond and McDermott’s perspective:

The advantage of the open system is its prospect for new insight and development, while the risk is that later followers will imitate only the experimental method and leave behind the foundational principles. This seems to have happened among Edwards’s followers by the late nineteenth century, when Andover Seminary’s “progressive orthodoxy” lost its vital connection with Edwards’s key ideas and guiding vision (pp. 9-10).

Investigation and discovery by writing

When I began to blog, I described my reason for doing so. Among these, I identified as significant the fact that I think while in the process of writing. Consequently, I was intrigued once more by McClymond and McDermott’s description of the great importance that Edwards assigned to writing in his study and thought. Writing to the trustees at Princeton College, in 1757, Edwards wrote that “his method of study ‘has been very much by writing’” (p. 10, citing WJE 16:726-27). He was constantly writing and often ran out of paper. How he would have loved a word processor!

In this regard, McClymond and McDermott liken Edwards to William Ellery Channing, of whom an observer wrote:

His time was more occupied in writing than in reading . . . following out a train of thought pen in hand. Writing was with him, as he often said, the one great means of making clear to himself his own thoughts. (p. 10n12, citing William Henry Channing, The Life of William Ellery Channing [Boston: American Unitarian Association, 1904 (1880), 86-87])