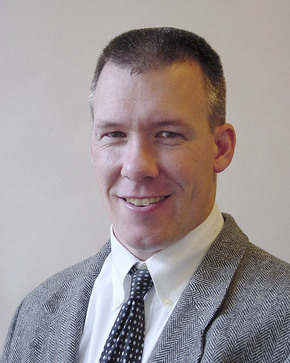 Back in July, I posted some thoughts about the role that church tradition should play in the construction of  our ethics, as of our theology generally. I think that we need to attend carefully to the way in which God’s people have understood divine revelation, through the centuries, but ultimately we must study God’s written word for ourselves, under the guidance of the Holy Spirit who illumines it. By this means, our consciences will be educated so that they speak more reliably, and we must always obey our consciences, regarding them as God’s voice. When we obey them, we are subjectively innocent. If our consciences are wrong, even though we obey them, we are objectively guilty. But God judges us according to our subjective guilt or innocence, and I postulate that Christ bears the punishment for sins of ignorance. 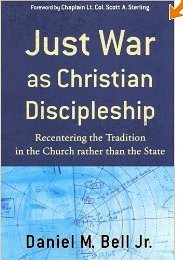 My particular focus in the post on the role of tradition was on the morality of Christian participation in military service. Four years ago, Daniel M. Bell published a book that I have found particularly helpful in defining a Christian position on this issue, so I am posting a brief review of Just War as Christian Discipleship: Recentering the Tradition in the Church rather than the State.

Daniel Bell interprets the just war tradition “in terms of concrete practices that might contribute to the church’s ability to make faithful moral judgments regarding justice in war and then to live out those judgments” (15). To that end, he concludes each chapter with a reflection on the  challenges that a particular dimension of the tradition presents to the church. Unlike books that defend a theory concerning the use of violence against other Christian alternatives, Bell focuses on the ways in which Just War theory and practice, when worked out as a form of Christian discipleship (CD), differs from Just War theory that approaches the issue with a public policy check list (PPC). Whereas the latter approach often views war as a necessary evil, Bell explains why, when and how the use of military force can be an act of Christian love in pursuit of justice.

Bell reviews the historical development of Just War theory and practice before constructing his own account of Just War (CD). He finds Just War (PPC) to be separated from Christian faith and practice, even when its sources are explicitly Christian writers. Whereas the purpose of Just War (PPC) is to guide national states, Just War (CD) aims to guide the church (including Christian  politicians). Just War (PPC) is law centered but Just War (CD) focuses on character because it can only be lived out by those who are spiritually  formed within a Christian community that instructs, sustains, supports, corrects and forgives. Only people who are mature in the virtues of temperance, prudence, patience, love, courage, and fidelity, and who find their strength in God, can follow Jesus faithfully in the use of force for the common good, seeking peace through justice for both friends and enemies.

Accordingly, Bell analyzes who has the authority to decide that a nation should go to war, what cause justifies military action, with what intent soldiers must fight to do so justly, how last resort and the reasonable chance of success should be understood as criteria for the initiation or termination of military action, and how the means of just fighting are determined by the principles of discrimination and proportionality.

I am unaware of another book that so astutely details the challenges faced by the church as a people committed to living in love that seeks the common good of all its neighbors, striving for peace through justice for everyone. Bell knows well that this is a very difficult way of life. The commitment to justice for all, even when its pursuit entails costly sacrifice on the part of those who oppose injustice, can only be lived in community by the strength of God. Living in a community that forms its people like this affects the way Christians live in times of peace as much as it does in war.

Bell’s book makes a very fine contribution to the life of the church in the world. but it raised two primary questions for me. As an heir of the radical reformation tradition, I found myself sometimes uncomfortable with the role defined for the church in society. Bell’s perception of this role best suits a church-state or Christendom framework. Though his proposal will challenge separatists in a healthy way, many of us will conclude that the church needs to living out the excellent principles of Just War (CD) in a somewhat different manner than Bell proposes.

My second question is likely to be more unsettling. I have long been convinced that Christians should participate in wars fought justly for the common good, but I have been helped by Bell’s exposition of the  distinct ways in which just war is pursued as a Christian discipleship. I now see, however, that those differences narrow considerably the situations in which Christians can faithfully serve in the armed forces of their nations. Ironically, this fine argument for discriminate Christian participation in military action may decrease significantly the gap between Christian pacifists and Christian just war theorists. This is not a bad result but it has far reaching implications that many churches and their members will not easily accept.