How big is the evangelical tent? That is a hotly disputed question these days, informed by different definitions of “evangelicalism” itself. Considering the historical roots of the contemporary evangelical movement within Protestantism, I am reluctant to speak of segments of the Roman Catholic Church as “evangelical.” But I welcome the renewal that has been occurring within the Roman Catholic Church, in various ways in the last half century, more than I worry about what it should be called. 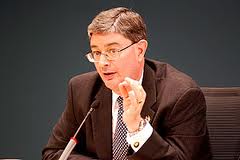 George Weigel (Distinguished Senior Fellow of the Ethics and Public Policy Center in Washington, D.C.) talks about his new book, Evangelical Catholicism: Deep Reform in the 21st-Century Church, in a post at First Things. The Reformation is not over yet but, regardless of what the movement is called, I pray God’s blessing on all Roman Catholics working to foster within their church what Weigel describes as “evangelical Catholicism.” He says:

The Evangelical Catholicism of the future is a Catholicism of radical conversion, deep fidelity, joyful discipleship, and courageous evangelism. Evangelical Catholics put friendship with the Lord Jesus at the center of everything: personal identity, relationships, activity. Evangelical Catholics strive for fidelity despite the wounds of sin, and do so through a daily encounter with the Word of God in the Bible and a regular embrace of Christ through a frequent reception of the sacraments. Evangelical Catholics experience dry seasons and dark nights, like everyone else; but they live through those experiences by finding their meaning in a deeper conformity to the Cross of Christ—on the far side of which is the unmatchable joy of Easter, the experience of which gives the people of the Church the courage to be Catholic. And evangelical Catholics measure the quality of their discipleship by whether, and to what extent, they give to others what they have been given: by the degree to which they deepen others’ friendship with the Lord Jesus Christ, or bring others to meet the unique savior of the world.

Evangelical Catholics enter mission territory every day, leading lives of integrity and charity that invite from others the question, “How can you live this way?” That question, in turn, allows the evangelical Catholic to fulfill the Great Commission by offering others the Gospel and the possibility of friendship with Jesus Christ. Having responded to the Risen Lord’s call to meet him in Galilee, evangelical Catholics go into the world in witness to the Christ who reveals both the face of the Merciful Father and the truth about our humanity.

May the tribe of such people increase by God’s grace, not just within the Roman Catholic Church but within Protestant churches too!

On March 6, Christianity Today published an interesting interview with Chris Castaldo about “Catholics on the Evangelical Trail.” They also published a review of Weigel’s book, Evangelical Catholicism: Deep Reform in the 21st Century Church.

One reply on “Weigel on Evangelical Catholicism”

For the sake of anyone who is following comments on this thread, I mention that I have just added an addendum with links to an interview with Weigel about evangelical Catholicism, and to a review of Weigel’s book on the topic, both in Christianity Today.