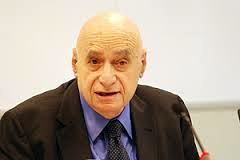 Peter Berger offers a well informed but tentative analysis of the future prospects for Christianity in China, in view of the questions that naturally arise in retrospect of what “seems to be a concerted government effort to clamp down on Christian churches in Wenzhou, the city with the highest percentage of Christians in China.” Berger’s analysis prompts me to pray that God will bring good to Christ’s church, as he directs the affairs of China, including its economic vitality, upon which official tolerance of the Christian church in China may depend to a significant degree.

In the concluding thoughts of Berger’s article, he recalls a meeting he had a few years ago with the Director of the State Administration of Religious Affairs (SARA).

While I listened to the long speech of the director, before it was translated into English, I tried to put myself into his mind, which probably was in accord with the mind of the party: Chinese folk religion, and the Daoism that is close to it, is okay (that is a big change since the Cultural Revolution, when it was attacked as dangerous superstition). Confucianism, divorced from its supernatural moorings, is seen as an important Chinese code of morality. Buddhism is okay, except in Tibet. Islam is very dangerous, especially in the Muslim area in the northwest. Christianity is mostly okay, though Catholics are suspect because of their headquarters abroad. Protestantism is particularly welcome, because it is linked to economic development (I doubt if the director had actually read Weber, but he did quote him because of that linkage). However, all religious movements are potentially dangerous (think of the Taiping rebellion in the nineteenth century, which came close to destroying the Chinese state). All have to be closely watched, including Protestantism, which has the deplorable tendency to favor multiparty-democracy (with terrible results as in South Korea and Taiwan).

Then Berger shares his hunch about where all this is heading and what it may mean for Christian churches in China.

Where is this leading? I don’t know. The future is rarely “surprise-free”.  But I will stick my neck out, and venture a tentative prognosis. Much will depend on China’s economic future. The unprecedented economic growth since the early 1980s has lifted millions of people from degrading poverty to a decent level of material wellbeing, and a substantial increase of personal freedoms. This, I think, constitutes the basic legitimation basic of the regime, including the authoritarian rule of the party. That degree of economic growth is unlikely to continue, and this will in turn increase social tensions and encourage political dissidence. The regime, unwilling to give up its power monopoly, will have to look for other sources of legitimation. All of this is already happening. The emerging legitimation is nationalism. Ideologically, this entails suspicion of all ideas deemed to be un-Chinese, including the idea of universal human values, and of religions seen as insufficiently indigenized. A domestically more repressive and internationally more aggressive China would be bad news for Christianity. It would also be bad news for America, at present the only conceivable challenger to China’s hegemonic ambitions. It does not help that the Chinese elite perceives the United States as a declining power, its political system as dysfunctional, and its culture as decadent.