I often encounter the statement that a person or church is “heretical,” and I am troubled at how loosely the word is used. “Heresy” is a serious technical term, and we need to apply the term carefully and properly. So I welcomed a recent post by Scot McKnight in which he defines the term.

The definition of “heresy”

Before offering an accurate definition of “heresy,” McKnight identifies two incorrect senses in which the term is often used. First, there is the slipshod use, in which “heretic” is used for “anyone who doesn’t believe something we might think important.” Second, we hear the extended use, in which a “heretic” is “anyone whom someone else thinks is skirting with danger on a central theological concept.” Having discussed these two improper uses of the term, McKnight then describes how we should use this term.

Third, the proper use: a “heretic” is someone whose teachings or beliefs “undercut the very basis for Christian existence.” I here quote my friend and former colleague, Harold O.J. Brown’s book, Heresy.

Most importantly, heresy pertains only to the central doctrines of God and Christ. Heresy is established by orthodoxy and orthodoxy was established by the classical creeds (Nicea, Chalcedon, etc). Brown once told me a heretic is someone who denies something in the classic forms of Christian orthodoxy, such that orthodoxy and heresy are mirror terms. That is, one is a heretic if one teaches what has already been judged to be heretical — say, docetism or Arianism.

Here’s the rule on the proper use of the term “heretic” or “heresy”: anything that denies Nicea or Chalcedon, etc., is heretical; anything that affirms them is orthodox. We should learn to use the term for such affirmations or denials.

I once had a conversation with Kallistos Ware about the topic of heresy and he told me something I value:

No one can be called a heretic until they have been informed by a proper authority of a theological error,

until that person has understood what she or he is teaching,

and only if the person then continues to teach such an idea.

So the proper ingredients of the heresy accusation [are]: 1. An authority, 2. Explanation and confrontation of the error, and 3. Refusal to change one’s teaching. What is often the case today is that #1 is seized beyond one’s recognized status; in other words, one usurps the position of authority and then pontificates from that usurpation.

This is well said. I think it is also important to remind ourselves that to call a person a “heretic” is not necessarily to pronounce them unsaved. What the church is doing is declaring that person is in grave theological error, and that error is so serious that their beliefs may not be taught in the church, so they are not allowed to teach others as though they were trustworthy teachers.

The importance of the creeds 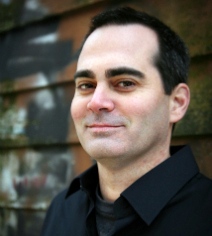 Michael Bird published a helpful interview with Justin Holcomb about his two books, Know the Heretics and Know the Creeds and Councils. Now an Anglican, Holcomb left the United Pentecostal Church when he was 17, because of their heretical doctrine of God, a revival of modalism, the belief that the Father, the Son and the Holy Spirit are not divine persons but are modes of expression of  the unipersonal God. The whole interview is worth reading but here are Holcomb’s responses to two of  Bird’s questions which are particularly germane to our consideration of the meaning of heresy, as a grave departure from the authoritative teaching of the church.

Why should Christians be interested in learning about heretics and heresies now?

There are two major reasons. The first is that while there is certainly ambiguity in the Bible, the Creator of the world has decided to reveal himself to us and even to live with us. It is important to honor that revelation. When we find this revelation distasteful and try to reshape God according to our preferences, we are beginning to drift away from God as he really is. Imagine a friend who ignores the parts of you that he or she doesn’t like. Is that a deep relationship? Ambiguity or not, uncomfortable or not, it is vital that we are obedient to what we can know about God.

The second reason is related to the first. When we have a flawed image of God, we no longer relate to him in the same way. Think of the way that you might have related to your parents when you were growing up. Even if you didn’t necessarily understand the reasons behind boundaries they set for you in childhood, they look a lot different when you are confident in your parents’ love than when you fear or resent your parents. It is surprising how much our beliefs about God impact our daily lives, which is partly what makes theology such a rewarding (although difficult and dangerous) discipline.

How can church leaders show the relevance of ancient creeds and councils to the contemporary church scene?

Some people decide to ignore history altogether and try to reconstruct “real Christianity” with nothing more than a Bible. But this approach misses a great deal. Christians of the past were no less concerned with being faithful to God than we are, and they sought to fit together all that Scripture has to say about the mysteries of Christianity—the incarnation, the Trinity, predestination, and more—with all the intellectual power of their times. To ignore these insights is to attempt to reinvent the wheel, and to risk reinventing it badly.

Ancient councils brought together leaders from all over the known world to hammer out issues, such as responses to heretical teachings, that were too difficult for individual pastors or bishops to handle alone. There are seven ecumenical councils through church history. Basically, these councils did lots of the heavy lifting for us and we can reap the benefits of their labor by leaning on their work.

Creeds and catechism are wonderful tools for learning the contours of the Christian faith well. Perhaps, instead of some shiny new discipleship book or program from another celebrity pastor, what we need is more attention giving to these tools handed over through the centuries

Creeds were initially used in baptism, during which the baptismal candidate recited a formula or responded to questions, thereby publicly confessing belief in Jesus Christ. As time passed, however, the creeds also were used to teach new converts the basic elements of the Christian faith. Since the creeds were relatively short summaries of Christian doctrine, they were easy to learn.

A catechism is a book or document giving a brief summary of the basic principles of Christianity in Q&A form. Catechisms represent the practical, “on-the-ground” application of the main teaching agreed upon at church councils and expressed through creeds and confessions. Early Christian catechesis focused on immersion in God’s Word, basic instruction in doctrine, and ethical and moral guidelines.

Why this should matter to Baptists

For the many evangelicals who have grown up within offshoots of the Radical Reformation, this is strange language. Baptists, for instance, characteristically identify themselves as “non-creedal.” I have heard some Baptists say: “We have no creed but Christ.” This is perilously naïve, because it ignores the essential work done by the early Christian church in its careful creedal formulation of the truth concerning Christ.

The Christ in whom we Baptists believe, if we are orthodox Christians, is the incarnate Word, “truly God and truly man,” begotten not made, “of one substance with the Father,” one person in two natures, “without confusion, without change, without division, without separation, the distinction of natures being in no way annulled by the union, but rather the characteristics of each nature being preserved and coming together to form one person and subsistence.” It would do Baptists much good to recite the Formula of Chalcedon occasionally, as well as the Nicene Creed, not simply because these were the product of church councils, but because they  express so clearly the faith we share with other Christians, in spite of the doctrines which divide us. If we all grew up with this as part of our worship, the songs we write for the congregation to sing, and the prayers we pray, would often be much better expressions of Christian truth.

Heresy is always a risk within the global church of Christ, and those who ignore history are in danger of repeating the errors of earlier times. We need to build on the foundation laid by the church in the early centuries, not work as though we must start from scratch, with each congregation or association of churches building its own Christian foundation. Reciting the creeds common to the Christian church in all its orthodox branches would remind us that there is just one church of Jesus Christ, of which we are members, even though we congregate in a multitude of different denominations.