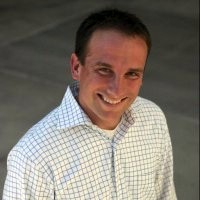 Jesse Johnson briefly describes the context which required that Protestant beliefs be defined, and he summarizes the 5 points which all orthodox Protestants agree are essentials of Christian faith and life. We should note, however, that although these five basic truths were frequently affirmed by leaders of the Reformation, they did not constitute a formal structure at that time.

By the end of the 16th century, the western Christian church was in chaos.

The absolute nature of the Pope’s rule had vanished—in large part owing to the Babylonian Captivity of the church (the 40 year period were two rival popes both ruled, and both excommunicated each other—finally to both be deposed by a church council). Church councils themselves had contradicted themselves so many times that their own authority was openly ridiculed. The Holy Roman Empire was no longer relevant, and the political world had simply passed the Pope by.

Protestants found themselves in the wake of this upheaval, and there was one major question to be answered: what, exactly, was this new kind of Christian? What did a Protestant believe? The reformation had followed similar and simultaneous tracks in multiple countries, yet at the end of it all the content of Protestantism was pretty much the same. On the essentials, German, English, Swiss, and Dutch Protestants all stood for the same theology. But what was it?

It was easy to understand the beliefs of Catholicism—all one had to do was look at their creeds and the declarations from their councils. But Protestants were so named precisely because they were opposed to all that. So what council would give them their beliefs then? 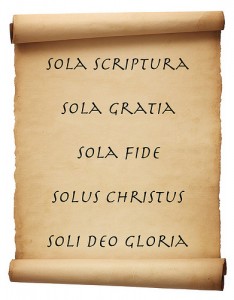 I like the way that Johnson portrayed the need of the time which informed the choice of these 5 statements as the heart of the gospel, though I would phrase some of them a little differently. Each of them answered a pressing question:

What must I do to be saved? Sola Fide

Protestants believe that you don’t work for your salvation, and that nobody is good enough to deserve salvation. But thankfully salvation does not come on the basis of works but instead on the basis of faith.

I’d prefer to say that salvation comes by faith, as the instrument by which we appropriate Christ’s saving work, which is the basis upon which God declares us righteous.

What must I trust? Solus Christus

In a world with deposed Popes in the unemployment line, this question has profound importance. Keep in mind that for six hundred years, nearly every European would have answered that question by pointing at the sacraments. You trust them for your salvation. Perhaps some would point you to the church, the priest, or even to Jesus himself. But only a Protestant would say “trust Jesus alone.”

What must I obey? Sola Scriptura

When the Council of Constance deposed both Popes, this question took on a sense of urgency. If a council is greater than a Pope, then does one have to obey the Pope at all, or is it better to simply submit yourself to the church as a whole? Are believers compelled to obey priests in matters of faith?

Sola Scriptura says “no.” In matters of faith, believers are compelled by no other authority than that of Scripture. . . . Instead, believers’ only ultimate authority is the Bible.

What must I earn? Sola Gratia

Is there any sense in which a person must earn salvation? For the Protestant, the answer is obvious: NO! Salvation is of grace…ALONE. It is not by work or merit. . . . [God] does not save you in light of what you did, are doing, or will do in the future. Instead, his salvation is based entirely upon his grace.

Here, I’d nuance the question, suggesting instead: “What must I do to deserve salvation?” But the description is helpful. This belief strikes me as the most shocking of all the solas, but it is remarkably good news. It is for this reason that “Amazing Grace” is so popular a hymn.

What is the point? Soli Deo Gloria

. . . Why are these doctrinal differences worth dividing over? Because people were made for one reason, and one reason alone: to glorify God.

The only way we can ground this absolute commitment to God’s glory as our goal in all things is embedded in the earlier solas. We become part of God’s new people in the world because we accept Scripture as uniquely authoritative, and from it we learn the other truths. Jesus is uniquely God and man, and is God’s only way of redeeming the world and reconciling it to himself. We are only incorporated into Christ because God is immensely gracious to us and enables us to trust in Christ alone. From beginning to end, salvation is God’s work, and so everything good about the world and our experience in it leads us to give God glory.

Interestingly, many Catholic theologians affirm these principles these days, but we Protestants are still not satisfied with the way they unpack them in detail and in practice. Nonetheless, it seems to me that the Reformation, though not over, is not complete failure.